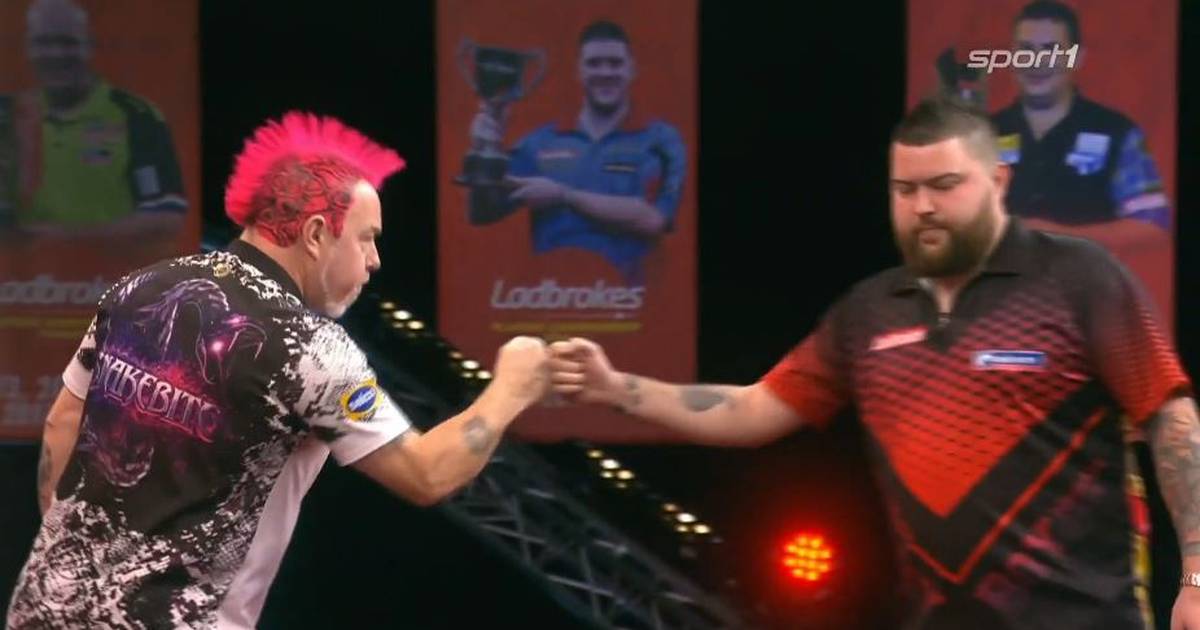 What a darts show!

In the second quarter-finals of the Players Championship Finals (November 27-29 LIVE on TV SPORT1 and in LIVESTREAM) Peter Wright and Michael Smith show darts at the very highest level. In the end, “Snakebite” booked the semi-finals with 10: 6, but had to survive a few dicey situations before this success.

Especially in the 13th leg, the world champion had to use all his skills not to give up the leg. The “Bully Boy” was on the way to a 9-darter – and missed the crucial double 12 by just a millimeter. Wright said thank you, took the leg and took a 7-6 lead.

That was also the decisive moment. After that, Smith could no longer build on his outstanding performance in the first half. Nevertheless, he ended up with a bear-strong 102.91 points in the three-way average and was even slightly better than his counterparty (101.87).

Nevertheless, Smith has to pack his bags and Wright fights in the semi-finals against Mervyn King for the final ticket. “The King” prevailed against Damon Heta with 10: 8.

Price has to go to the decider

Price also had to tremble for a long time to make it to the semifinals. Against Joe Cullen he had to go the full distance before the Welshman’s 10-9 win took place.

Especially bitter for Cullen: The Englishman had the throw-off in the last leg, but in the end Price used his first match dart and checked out with a double-20.

In the semifinals, the “Iceman” will meet the winner of the match between Michael van Gerwen and Dirk van Duijvenbode.

The quarter-finals at a glance

Handball World Cup in the ticker: France vs. Switzerland

BVB and FC Bayern again soon with Balerdi and Cuisance? Marseille in need of money

The clues are growing: European Football Championship only in one country?

The soldiers help out on the Streif

Swiss Bundesliga professional: Embolo is said to have celebrated a corona party with 15 women – Gladbach is acting

Proceedings at the Stuttgart Regional Court: Much bloodshed in the triple...

Tunisia calls on Europe for more aid ten years after the...

Over red at 90: suspended sentence after fatal accident

Alphonso Davies: “I want to stay at Bayern as long as...