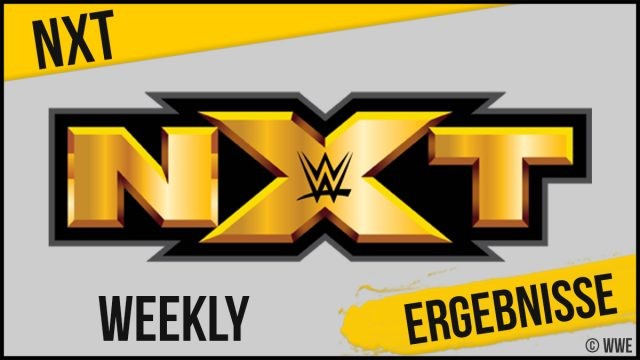 What grade do you give this show?

Commentators Vic Joseph, Beth Phoenix and Kevin Owens, who stands in for Wade Barrett today, welcome us to the show, which starts immediately with the first match …

1. Match
Singles Match
Candice LeRae won against Ember Moon via pin on the Wicked Stepsister.
Match time: 12:58
– Dakota Kai and Raquel Gonzalez came to the ring supporting LeRae.
– Before the finish, Indi Hartwell stepped in and distracted Ember Moon. For this she caught the Eclipse.

After the match, the heels want to launch an attack on Moon, but Toni Storm comes out. Storm hints at the save, but then turns against Ember and the four women finish Moon together. Team Candice in “NXT Takeover: War Games” consists of Candice LeRae, Dakota Kai, Raquel Gonzalez and Toni Storm.

The Undisputed Era (Adam Cole, Kyle O’Reilly, Bobby Fish & Roderick Strong) are coming to the venue for a promo. Pat McAfee said she was dead, like many others. However, they are still here and they will enjoy tearing apart McAfee and his troop on NXT Takeover: War Games. They are focused on today’s main event, which Pete Dunne will attend as the representative of the Kings of NXT. O’Reilly wants to compete for the Undisputed Era because Dunne betrayed him. The rest of the members agree and so today we see a ladder match between Pete Dunne and Kyle O’Reilly for the advantage in the War Games match.

2. Match
Singles Match
KUSHIDA won against Timothy Thatcher via submission in the hoverboard lock.
Match time: 12:32
– Very early in the match, Tommaso Ciampa went to the ramp to watch the match.

Kevin Owens welcomes the audience to an edition of the “Kevin Owens Show”. Today he invited NXT North American Champion Leon Ruff as a guest. You joke something about winning the title because Ruff the belt was too big. The champion explains the importance of winning the title for him. The title is an answer to every “no” he has heard in the course of his career. He likes to be an inspiration to others. Owens welcomes this and tips Ruff that he needs to talk about himself with more conviction. After a short motivational speech, Ruff says he was able to beat Johnny Gargano twice. Owens replies that naming a person on his show ensures that that person appears. In fact, Johnny Gargano now comes out and he calls himself the true NXT North American Champion. Ruff only won the title because Damien Priest intervened. Owens’ statement is once again proven to be true, because Priest is now also added. Priest declares he is better than Gargano, to which Owens says it’s a shame NXT doesn’t have Teddy Long. Instead, you have a William shelf. The NXT General Manager announces via the Titantron that Leon Ruff will defend his NXT North American Championship at “NXT Takeover: War Games” in a triple threat match against Gargano and Priest.

After the match, Dexter Lumis appears out of nowhere from behind Grimes. Grimes immediately runs away and Lumis shows us a video in which he makes fun of him. Lumis has the sack from last week with her and takes out a leather strap.

Rhea Ripley comes out on a promo. Contrary to rumors, her journey at NXT is not over as she continues to want to win back the NXT Women’s Championship. She is interrupted by Team Candice, with Raquel Gonzalez carrying an unconscious Io Shirai on her shoulders. Candice LeRae, Dakota Kai, Raquel Gonzalez & Toni Storm surround the ring and shortly afterwards attack Rhea Ripley.

Now Ever-Rise (Chase Parker & Matt Martel) want to play a match, but they are attacked by the Grizzled Young Veterans (James Drake & Zack Gibson). The two Brits are holding a promo announcing that they are targeting the NXT Tag Team Championship.

In a backstage interview, Candice LeRae announced that Raquel Gonzalez on Shotzi Blackheart will compete against each other for the next week. The winner gets the advantage for her team in the War Games Match at “NXT Takeover: War Games 2020”. Indi Hartwell wears a ruff after plugging in the Eclipse. Candice helps her into the car, in which another person with a scream mask is sitting.

4. Match
The winner’s team receives the advantage in the War Games Match – Ladder Match
Pete Dunne won against Kyle O’Reilly via stipulation after O’Reilly was kicked off the ladder by a masked person.
Match time: 19:40

Discuss the results with many other fans here! Click!

“Corona vaccination world champion” Israel: How does it manage the rapid...

Renewed impeachment: Trump’s future as a martyr has begun 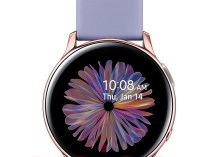