In the northernmost state of Schleswig-Holstein, the first easing of the corona measures will come into force today. Now other countries are also insisting on exemptions.

While the whole of Germany goes into the stricter partial lockdown on Tuesday, the measures in the north will be relaxed. In contrast to the rest of the republic, the contact restrictions in Schleswig-Holstein are not tightened, beauty salons, massage studios and zoos are reopening and hotel stays are to be allowed at Christmas.

The federal and state governments agreed on new and expanded measures to fight the corona pandemic in December last Wednesday. The resolutions also provide for the possibility of varying the measures depending on the occurrence of the infection – and the first exception regulations were announced just one day later. In Schleswig-Holstein, the corona limit values ​​are low, the seven-day incidence is below 50. But other federal states also insist on exceptions to the rules.

The Prime Minister of Schleswig-Holstein, Daniel Günther (CDU), does not want to fully implement the Corona measures, especially the contact restrictions. “We have been saying for weeks: the limit is reached with ten people,” said Günther in an interview with t-online. In addition, nail studios and massage practices are allowed to open and the outdoor areas of animal parks and zoos are accessible again. You can read the whole interview here.

However, the state government is expanding the obligation to wear a mouth and nose covering. For example, it must also be worn in train stations or forecourt and at bus stops.

The regular face-to-face classes at Schleswig-Holstein’s schools will mostly not begin until January 11th after the Christmas break – four days later than planned. The additional days are Thursday and Friday and a weekend. Nationwide distance learning exercise days are planned for January 7th and 8th, so the Christmas holidays will not formally be extended, said Minister of Education Karin Prien (CDU) on Thursday in Kiel.

In addition, hotel stays over Christmas should be possible when visiting relatives. A maximum of two overnight stays are allowed between December 23 and 27. Criticism came from Berlin: Family-related trips are difficult to distinguish from tourist trips, said government spokesman Steffen Seibert.

Baden-Württemberg: Only brief relaxation over Christmas

Over the Christmas days, however, hotel stays for family visits in Baden-Württemberg are to be made possible.

In North Rhine-Westphalia family visits over Christmas are not seen as tourist trips. Because they are currently prohibited, said Laschet. But when families visit each other and have no possibility of staying with their relatives, “it is possible over the Christmas period to stay in a hotel”.

Laschet emphasized: “That is not understood by tourist travel.” Chancellery Minister Helge Braun said on Thursday that anyone visiting relatives over Christmas should not be able to stay in the hotel.

But that should also be possible in Hesse. Anyone who goes on a trip with relatives “must have the chance to spend the night somewhere,” said Hesse’s Prime Minister Volker Bouffier (CDU) on Thursday.

Berlin: No easing over Christmas

The easing of the contact restrictions agreed by the federal and state governments should not apply in Berlin. According to information from the German press agency from Senate circles, there could be no such relaxation in the Corona hotspot Berlin. Accordingly, a maximum of five people should be allowed to meet for private gatherings in Berlin over the holidays, plus children.

As in Hesse and North Rhine-Westphalia, staying in hotels should also be possible in Berlin when visiting relatives. “If it is a trip that is not of a tourist nature, then there is also an overnight stay in the hotels,” said Governing Mayor Michael Müller.

Müller also announced that Berlin wants to use hotels and pensions to enforce strict compliance with quarantine. This should also ensure that, unlike in cramped living conditions, there are fewer infections, says the SPD politician in the ARD.

Unlike other federal states, Thuringia does not bring its holiday start to a uniform December 19, but remains on December 23. Older students should stay at home in the days before Christmas and receive distance lessons there. Students from grade 7 should stay at home from December 21st and until January 10th. Ramelow had already announced in the negotiations between the federal and state governments that he would let his cabinet decide on the early Christmas break. Apparently I didn’t agree.

Bavaria has in the dispute over skiing in neighboring Austria followed up with a tightened quarantine order: In future, day trips to Austria and other neighboring countries classified as risk areas will also be subject to a subsequent quarantine obligation. So far, day tourists have been allowed to travel abroad for up to 24 hours without having to be quarantined afterwards. Söder also announced that skiers returning from the neighboring country will be randomly tested.

Söder demanded that the federal and state governments have to talk about additional measures again in two weeks. If the high number of infections did not decrease, one would have to say whether “extension and deepening could be turned into more deepening”, he says in the ARD.

No appointments planned: Nurses are waiting for Covid vaccination 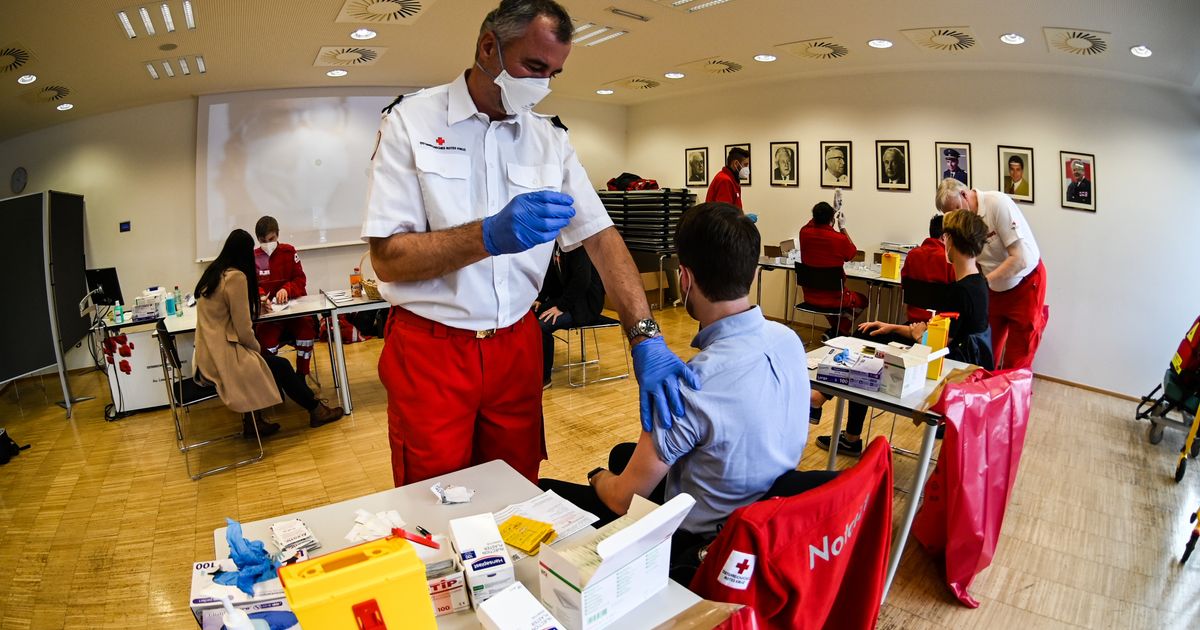 Head of the Chancellery: “Mutation will become the dominant form in Germany” – Germany

Tourist places will be added in 2021: Berlin’s WiFi network is growing despite the corona pandemic – Berlin

The lockdown makes the psyche sick

Once a proud shopping mile in Berlin-Spandau: Almost 70 trees fall...

Gonzalo Castro from VfB Stuttgart: How to beat Bayern Munich –...