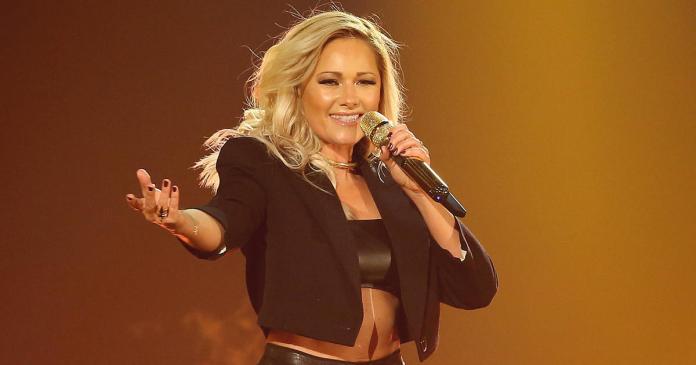 Helene is in top shape and has a great figure. Of course, she also needs enough stamina and fitness for her spectacular stage shows. And the 36-year-old can really be seen in her stage outfits. But if you think the pop singer only nibbles on a leaf of lettuce, you are probably wrong.No, Helene Fischer actually likes it hearty: In an interview with “eatsmarter”, the pretty singer mentioned that she would love pasta and home-style cooking.

2. Helene and her sister are best friends

Did you know that Helene Fischer has an older sister? Her sister’s name is Erika and she is six years old older than the singer. But while Helene is at home in the glittering world of Schlager, hers is working Sister as a business lawyer. As unequal as these two worlds may be, the relationship between the sisters is very good.In an interview with the “Superillu”, Helene once said: “We get on very well – even if we never thought it was possible when we were little.

Do hits and soccer go together? Well, apparently. At least Helene Fischer should be a fan of Borussia Dortmund. And she is said to have sung at a party of the association. Helene therefore wears the football colors black and yellow.And another little secret that you may not have known: The German national team heard Helene’s hit “Atemlos” at the 2014 World Cup to motivate each other in the dressing room before the games.

4. She loves music by Bon Jovi and Kings of Leon

While Helene performs hits and ballads on stage, she apparently likes it a little wilder in her private life. The 36-year-old loves Jon Bon Jovi’s rock songs. And the American rock band “King of Leons” has done it to the pop star. Helene lives the hit. But would you have thought that the pop star likes to rock in private?

Whether Schlager fan or not, everyone knows that Helene Fischer and Florian Silbereisen, the two stars of the Schlager world, were once a couple. And that for ten years: The two were together from 2008 to 2018. With the songs “With nobody else” and “Would be my last day today”, which she dedicated to Florian, Helene clearly showed her love.But Florian also wanted to show his love for Helene in a very special way: He got a love tattoo, a portrait of Helene …

Leipzig must tremble: RB keeps its head up in the penalty...

Candidate Kim-Denise is with the driver

Brandenburg’s traders adhere to the obligation to receive a receipt