Renowned scientists have called on governments in Europe to commit to common goals in dealing with the corona pandemic.

In a position paper for the specialist newspaper “The Lancet”, the researchers criticize the fact that the different approaches in the countries have repeatedly enabled the virus to spread. If a country takes far-reaching containment measures, but its neighboring country does not, there is a threat of a “ping-pong game” of new imports.

The experts therefore propose a “synchronized” containment strategy with extremely low guide values. They advocate a maximum of ten new infections per day per million inhabitants. Converted to Germany, that would be seven cases per 100,000 inhabitants per week. The current incidence is currently (December 19th) around 190 – with an increasing trend. In order to be able to maintain a low level in the long term, sufficient test capacities of at least 300 tests per day per million inhabitants are necessary, the scientists emphasize.

The position paper was signed by around 300 researchers, including the virologist Drosten, RKI President Wieler and the economist and IFO boss Fuest.

This message was broadcast on December 19, 2020 on Deutschlandfunk.

Corona: DIY stores open? Such is the situation in your state

Only six self-tests in one branch: At Aldi in Berlin, the corona tests were gone in minutes – Berlin

Children and Covid Mutations – We asked

+++ Coronavirus update +++ – Corona: Switzerland recorded an immortality in February despite Covid – Coronavirus free tests for everyone from mid-March – Berset...

Good to know: What you need to know about the vaccination campaign in the Schwaz district

Satirical weekly review: We children from the station show

New Year’s Eve: This is how you can ignite fireworks despite...

Advance by Bavaria: FFP2 mask requirement in the criticism 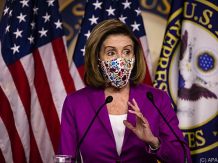 US Democrats want to start deposition proceedings for Trump – politics...