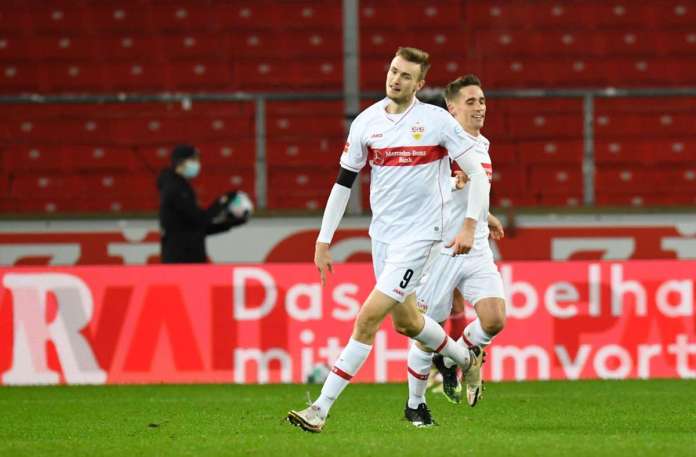 Stuttgart – VfB Stuttgart barely prevented a bad hangover three days after their intoxicating victory at Borussia Dortmund. Sasa Kalajdzic saved the Swabian with a double strike in the 85th and 90th minute, a 2: 2 (0: 1) against Union Berlin. The guests had already been in the lead thanks to Marvin Friedrich (4th) and Taiwo Awoniyi (77th).

After the intoxicating 5: 1 on Saturday in Dortmund, Stuttgart made a false start. Konstantinos Mavropanos saw a yellow card in the fourth minute after a foul on Sheraldo Becker – the following free-kick from Christopher Trimmel headed Friedrich used it to open the door. Goalkeeper Gregor Kobel prevented something worse from a dangerous touchdown by Cedric Teuchert (23).

The hosts, who had to replace Oral Mangala with Philipp Förster at short notice after warming up, struggled after conceding an early goal. A shot by Mateo Klimowicz, which Andreas Luthe parried excellently in the Berliner Tor, initially remained the best chance for Stuttgart (12th). Union had more of the game, hardly offered any spaces and was closer to the second goal than VfB to equalize.

Stuttgart coach Pellegrino Matarazzo had already feared problems. “We have to press the reset button, we have to look to Berlin and show a similar sharpness as in Dortmund,” he emphasized before the game. His team was only better in the game at the beginning of the second half, when Nicolas Gonzalez hit the bar with a sideways puller (48th) and shortly afterwards headed just wide of the goal (51st).

Gonzalo Castro also had an excellent opportunity to equalize after a mistake by Luthe (64th), but VfB did not create enough opportunities due to an increasing visual superiority. Union was mostly safe and apparently had little trouble to defend the lead. Then at Kaladjdzic, the second hit of which was only recognized after a long video study.

Resolution, refresh rate and graphic details on PlayStation 5 and Xbox... Astra Zeneca: Why vaccinations are stopped again with it – knowledge