Tuesday, December 15th, 2020, 4.30 p.m .: Six weeks after the US presidential election, the influential US Republican majority leader in the Senate, Mitch McConnell, recognized Democrat Joe Biden as the winner. “The electoral council has spoken. So today I want to congratulate President-elect Joe Biden,” said McConnell in the Senate on Tuesday. McConnell is considered a close confidante of incumbent President Donald Trump.

McConnell’s recognition of Biden’s election victory is particularly significant because his party colleague Trump still refuses to publicly acknowledge the outcome of the election and his defeat. So far, few Republicans in the US Congress have publicly congratulated Biden on his victory.

Tuesday, December 15th, 2020, 9:12 am: As one of the last heads of state, Russian President Vladimir Putin congratulated Joe Biden on winning the US election. “For my part, I am ready to exchange ideas and contact you,” Putin was quoted as saying in a Kremlin statement. Putin wishes the elected president “every success”. Russia and the United States have a special responsibility for global security and stability. Despite the differences, both sides could help “solve the many problems and challenges facing the world”.

The two largest nuclear powers are currently struggling to extend their last nuclear disarmament agreement “New Start”, which ends in February. Relations between Russia and the USA are heavily strained due to several sanctions, among other things. Above all, Moscow wants to push through the prefabricated construction of the Baltic Sea pipeline Nord Stream 2 from Russia to Germany against the resistance of Washington. The nearly completed billion-dollar project was stopped a year ago because of the US sanctions. This month a section is to be further built. However, new US sanctions are already looming.

Previously, Biden’s victory in the presidential election over incumbent Donald Trump had been formally confirmed by the majority of the electorate. So far, Putin has not commented on the outcome of the November 3rd election. The Kremlin had declared that they wanted to wait for the official result.

So far, Putin had indirectly offered Biden a collaboration. “We will cooperate with anyone who has the confidence of the American people,” Putin was quoted as saying on state television on November 22nd. The election winner must either be recognized by the opposing side or the final result must be legally confirmed.

Biden demands: Trump should admit defeat in the election

Tuesday, December 15th, 2020, 2:06 am: Future US President Joe Biden has called on the elected incumbent Donald Trump to acknowledge his electoral defeat. The Democrat Biden pointed out in Wilmington, Delaware, that the electorate in the states gave him 306 of the 538 votes in their votes on Monday (local time). This corresponds exactly to the majority that Trump described as a “landslide victory” four years ago. “Those numbers represented a clear win back then and I respectfully suggest that they do so now,” said Biden.

“In this battle for the soul of America, democracy won,” said Biden. “The flame of democracy was kindled in this nation a long time ago. And we now know that nothing – not even a pandemic or abuse of power – can extinguish that flame.”

Trump continues to refuse to acknowledge his defeat. The 74-year-old sees himself being robbed of his victory by election fraud. Neither Trump nor his lawyers have provided evidence of this. Dozens of lawsuits were thrown out.

Monday, December 14th, 2020, 11:59 pm: US Attorney General William Barr has requested his resignation effective December 23. The outgoing US President Donald Trump distributed Barr’s resignation letter on his Twitter channel on Tuesday evening. In it, Barr thanked Trump for the opportunity to serve his country as attorney general a second time.

Barr, who has brought the ministry closer to the White House than almost any of its predecessors, had fallen out of favor because he recently stated that there was no evidence of Trump’s allegations of widespread electoral fraud that could influence the outcome of the election. Trump is said to have been extremely upset about this. Since then, there has been speculation about an early exit by Barr. The hitherto deputy attorney general Jeff Rosen, is supposed to lead the ministry, announced Trump on Twitter.

Electoral vote confirms Biden’s victory in the US election

Monday, December 14th, 2020, 11:44 pm: The votes of the electorate in almost every US state and the capital borough of Washington have confirmed the victory of the Democrat Joe Biden over incumbent Donald Trump in the presidential election. The vote in California raised Biden on Monday evening (local time) above the threshold of the necessary 270 votes. Biden wanted to speak out after the electoral vote in all 50 states and the capital district. The president is elected indirectly in the United States.

The total of 538 electors vote on behalf of the people. In the vast majority of states, the election winner gets all the votes of the local electorate. In the voting on Monday there were initially no dissenters, all electorates voted according to the results. The vote in Hawaii was still pending. That 78-year-old Biden won the election has been clear since November 7th, when leading US media – as is customary in the United States – proclaimed him the winner.

Based on the certified results of the states, it was expected that Biden would get a total of 306 votes at the end of the electoral vote and that incumbent Trump would receive 232 votes. The final overall results of the presidential election will be officially announced in Congress in Washington on January 6th. The result is no longer legally contestable.

Biden is due to be sworn in on January 20th in Washington. On that day, Trump’s term of office ends automatically, even if he does not admit defeat. The voting of the electorate is a formality in normal election years, because the defeated candidate usually admits his defeat on election night. But Trump still claims that he actually won the election and sees himself being deprived of his victory by massive fraud.

Many Republicans – including their leading party colleagues in the US Congress – have not yet publicly recognized Biden as the election winner. With a wave of lawsuits, Trump and his allies have tried to tilt the election result in favor of the incumbent. Neither he nor his lawyers or supporters have provided evidence to support their sweeping allegations. More than 50 lawsuits have already failed. On Friday, the Washington Supreme Court also dismissed a lawsuit aimed at overturning Biden’s victory in four states. Trump had declared at the weekend that he did not want to give up the legal battle against his defeat yet.

Monday, December 14th, 2020, 9:20 am: In the US state of Georgia, early voting for the runoff elections to the US Senate begins on Monday. The Democrats Raphael Warnock and Jon Ossoff face against Kelly Loeffler and David Perdue from the Republicans, who so far represent Georgia in the Senate. The vote could fundamentally change the majority in the Senate. Experts reckoned with a high turnout again, albeit not at a record high like in the presidential election in November.

Republicans need only defend one of the two seats to hold their majority in the Senate and make it difficult for President-elect Joe Biden to rule. However, if the two Democrats Warnock and Ossoff win, there would be a stalemate in which Biden’s Vice President Kamala Harris would have the decisive vote in the Senate.

The actual election date is January 5th. Because of the coronavirus pandemic, however, as in November, more than half of the voters could vote early. In Georgia this can be done by letter or by voting in one of the polling stations that are open for this purpose. In November, Biden received 65 percent of the postal vote. The Republicans were just ahead in the early personal voting. In the end, Joe Biden won the state by an extremely narrow margin of less than 12,000 votes over Donald Trump.

Electors in the US vote for presidents

Monday, December 14th, 2020, 7:23 am: Almost six weeks after the election in the USA, future President Joe Biden wants to take another important hurdle before his inauguration: In the 50 US states and the capital district of Washington, a total of 538 electorates will meet on Monday to vote on the future president. In the vast majority of states, the election winner gets all the votes of the local electorate. According to the certified results, Democrat Biden accounts for 306 electorates and 232 for Republican incumbent Donald Trump. The result will not be officially announced until January 6th in Congress in Washington.

Biden is due to be sworn in on January 20th in Washington January. Trump continues to oppose his defeat in the November 3 election. The president is elected indirectly in the United States. The winner is whoever can unite at least 270 voters. On Monday, every elector will receive their own voting slip, which will be signed and sent to Vice President Mike Pence in his capacity as President of the US Senate. Copies are sent to other state and federal government institutions. Biden announced that he would comment on Monday evening (local time).

The voting of the electors is usually a formality, because the losing candidate usually admits his defeat on election night. But Trump still claims that he actually won the election and sees himself deprived of his victory by fraud. He wrote on Twitter on Sunday: “How do states and politicians confirm an election in which corruption and irregularities are consistently documented?” Neither Trump nor his lawyers or supporters have provided evidence to support their allegations.

Consequences of the corona crisis: economic experts warn of the wave...

Goal Zero Covid? “We should do this especially for the...

New update for Civilization 6 in February 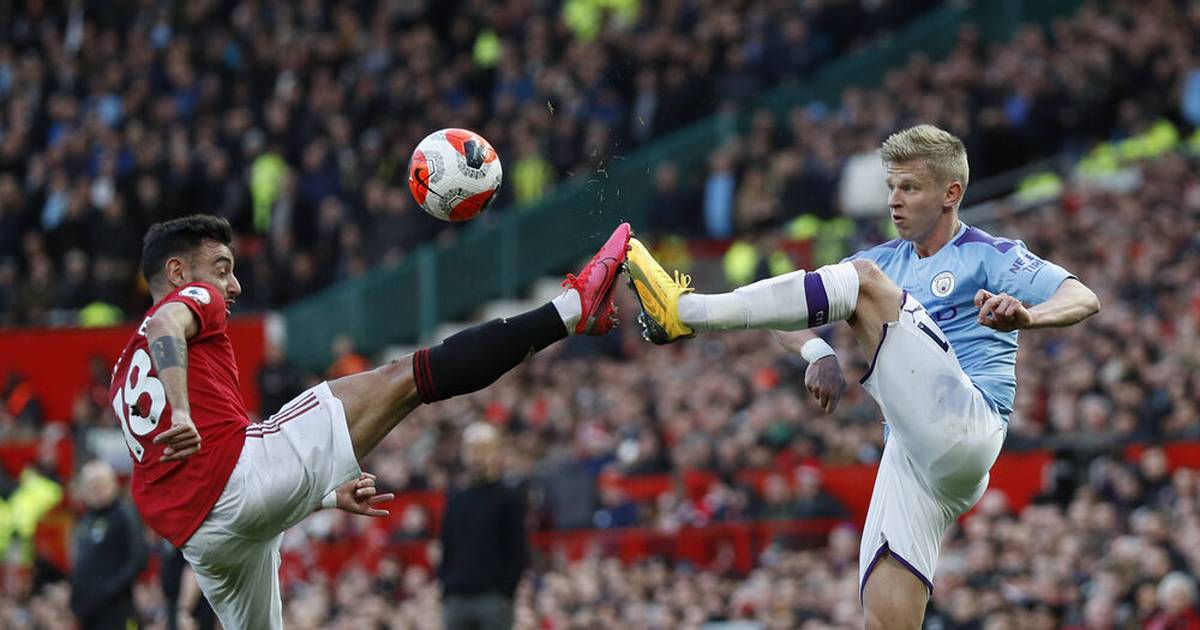