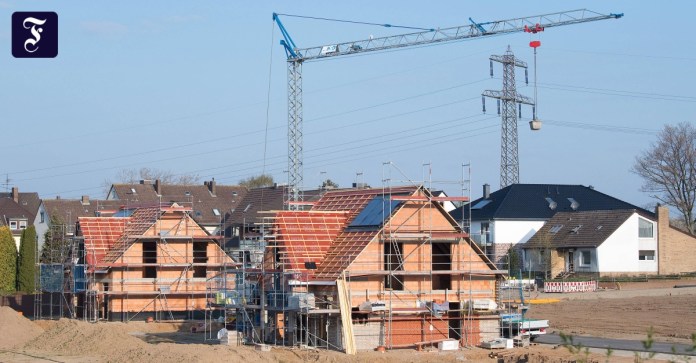 Dhe new year 2021 should, according to everything that can be foreseen so far, be characterized by a certain economic recovery from the corona crisis. But what does this mean for the interest that consumers have to pay on loans or that they get for their savings? Unfortunately, all forecasts suggest that it is above all interest rates that consumers will have to pay that could rise in the new year. Most of the interest they get from banks, on the other hand, should remain at a very low level. So the bottom line is not good news for consumers.

In any case, Max Herbst from FMH Finanzberatung in Frankfurt thinks that construction rates in Germany could rise by 0.5 percentage points as the economy recovers. That doesn’t sound like much, but it would be quite a lot: At the moment, consumers in Germany are paying an average of 0.66 percent interest on building loans with a ten-year term. If this interest rate were to rise to more than 1 percent in the course of 2021, as Herbst believes it possible, building interest would be reached, as it had last been in early 2019. “Such a rise in interest rates would be quite remarkable,” says Herbst.

It looks worse with savings interest. In the past few weeks there have been offers from individual banks that wanted to pay a little more for what they saved. Some were already speculating on a turnaround in interest rates, including for savings rates. The Swedish payment provider Klarna, for example, currently offers 0.85 percent for fixed-term deposits for one year. But these are more like “outliers”, says Herbst. The next worst provider is currently paying more than a third less interest. In any case, a turnaround in savings interest is currently not in sight. Automobile banks or other banks, which are known primarily for granting loans, are only allowed to offer a little more for savings in the short term if they want to collect money quickly.

The interest rates for installment loans, however, could rise somewhat in the new year. However, especially if the banks have to contend with many loan defaults as a result of the pandemic. With installment loans there is often little collateral. If the loan for a new wall unit fails, it makes little sense for the bank to dismantle the wall unit and recycle it. Such unsecured loans are often more expensive in times of high defaults – even if the interest rate is currently not particularly low at around 4 percent on average. Experts recently pointed out several times that there are currently attractive margins for banks in this business.

Businessinsider: Daimler pays dividends despite short-time working and is criticized + Apple is no longer the most valuable company in the world

Frank Zander distributes soup to the homeless – instead of Christmas...

WAC in “flow” to victory over badly ailing Austria football