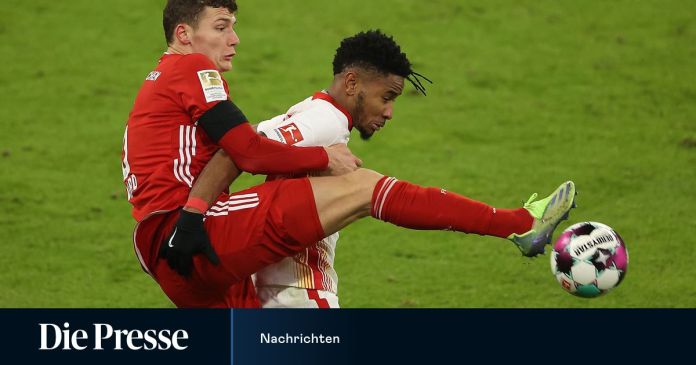 RB Leipzig and Bayern Munich split 3: 3 in the high-class top game of the German Bundesliga. The past appearances have shown defensive weaknesses in the record champions, the guests got off to a strong start and rewarded themselves: After a hole pass, Nkunku rounded the rushed newcomer and made it 1-0 (19th). – the first Leipzig goal in Munich in the Bundesliga.

Bavaria found itself and struck back through Musiala. The 17-year-old came for the injured Martinez and completed a combination via Alaba (left-back this time) and Coman (30th). A little later, Müller put in a low shot for the home side (35th). But Leipzig did not freeze, hit back immediately. After a cross from Haidara, Kluivert withdrew – 2-2 (36th).

Shortly after the restart, Forsberg, left alone by Boateng and Süle, headed Leipzig back into the front (48th). Bayern could once again rely on Müller, whose header hit the 3: 3 final score (75th). With that, the defending champion also maintained the lead in the standings.

Dortmund had to be content with a 1-1 draw in Frankfurt. Martin Hinteregger prepared the Eintracht lead by Daichi Kamada (9th) with a hole pass, but was shaken off by Giovanni Reyna when he equalized (56th). Without striker Erling Håland (torn hamstring), BVB lacked penetration. Philipp Lienhart scored 2: 2 against Gladbach after a corner kick. Manuel Prietl was successful for Bielefeld in the 2: 1 against Mainz with a deflected long shot, only the connecting goal was scored by Kevin Stöger.

4,377 new infections and a sad record of deaths – coronavirus

Probation for the policeman who raced Fabien (21) to his death... Unlucky ouzas on the siding

Tristesse at Hartberg after dramatically missing the top 6