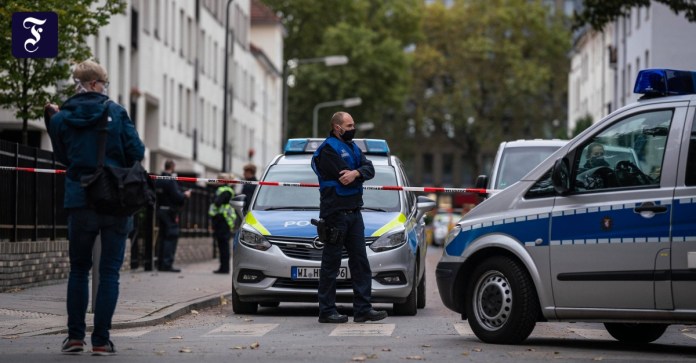 Police are blocking a street: a World War II bomb was found in Frankfurt’s Gallus in mid-October.
Image: dpa

Construction workers came across a 500 kilogram World War II bomb in Frankfurt. It should be defused at the weekend. Due to the amount of explosives, more than 12,000 residents could be affected.

EA 500-kilogram World War II bomb was found while working in an excavation pit in Frankfurt. After an investigation by the ordnance disposal service, the explosive device is expected to be defused this Sunday (December 6th), as the city’s fire department announced on Thursday.

Due to the amount of explosives and the design of the British-type bomb, a large evacuation radius was required, it said. In the event of a detonation, “considerable damage to buildings and an acute danger to life and limb” can be expected.

Based on the population registration statistics, the fire brigade estimates that around 12,300 residents could be affected. In addition, there are old people’s homes, district heating lines and substations as well as central Deutsche Bahn facilities in the area in the Gallus district. The authorities want to announce more details this Friday.

Primary school students in Lower Saxony can stay at home from...

Larry King died at the age of 87