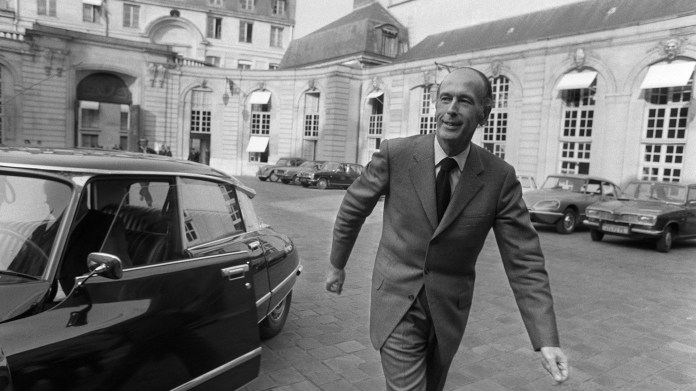 Former French President Valéry Giscard d’Estaing has died at the age of 94. According to his family, he died as a result of a coronavirus disease.

Former French President Valéry Giscard d’Estaing is dead. He died in the evening at the age of 94 “surrounded by his family” on his estate in the municipality of Authon, as those around him announced. According to the family, his death is linked to a Covid 19 disease.

The former head of state had been hospitalized several times over the past few months with heart problems. “His health had deteriorated and he died as a result of Covid-19,” the family said in a statement. “According to his wishes, his funeral will take place in close family circle.”

Giscard d’Estaing was at the head of the French state from 1974 to 1981. He had a special friendship with the German Chancellor Helmut Schmidt. Giscard d’Estaing also had a special connection to Germany when he was born: He was born on February 2, 1926 in Koblenz, when the city on the Rhine was still under French administration.

The son from a middle-class family grew up in France, graduated from the elite Polytechnique and the National School of Administration (ENA) and then quickly made a political career: at just 29 years old he became a member of parliament and at 36 years of age France’s youngest economics and finance minister, and later at the age of 48 he was the youngest president of the Fifth Republic to date.

“Valéry Giscard d’Estaing will remain the president who modernized France,” wrote one of his successors, the socialist François Hollande, who ruled from 2017 to 2017, on Twitter. Giscard d’Estaing also helped to strengthen the Franco-German tandem. The conservative ex-president Nicolas Sarkozy, who was in office from 2007 to 2012, praised Giscard d’Estaing as a politician who had brought France honor. The socialist Paris mayor Anne Hidalgo called the deceased a “convinced European.”

This article was printed out at the address:
www.tagesschau.de/ausland/destaing-tot-103.html

“Blue Fire” makes you a master of brisk movement

Unemployment is rising for the first time since 2013 – because...

America’s Cup: The Pride of the Five Million – Sport

This is how school should start after the semester break –...

Gianni Infantino on a crazy journey through Africa

Weather in Germany: warnings also for the weekend – it remains...

Oil prices have reached their highest levels again in a year...