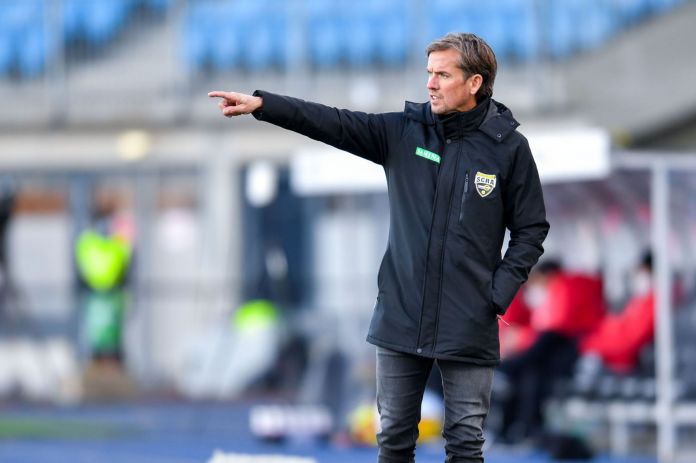 The trip to the Innviertel was more than worth it for the SCR Altach. The Vorarlbergers left the bottom of the table on Saturday after five games with only one point thanks to the 4: 1 in Ried and are now one place or two points behind Ried 11th (match report + VIDEO highlights). The “tour guide” Alex Pastoor, who was recently in a bad mood, was allowed to breathe a sigh of relief. “We are more than happy that we won“Said the Dutchman. His stag gig the previous week should have paid off.

He has “fed up“, Pastoor commented on the 4-0 home draw against St. Pölten on December 5th and half-ironically thought about replacing the whole team. Of course that didn’t happen, but the signals were interpreted correctly. Because even if Altach was uncertain, Martin Kobras and Co. proved that you are dealing with an intact team.

“Despite the 4-1 we didn’t do everything right”

“Of course, the win also had something to do with the yellow-red card“Pastoor admitted. After Rieds Markus Lackner was unnecessarily excluded, his team played with one man for around 80 minutes more, but only brought about the decision in the finish through Manuel Thurnwald (78th) and Emanuel Schreiner (82nd, 86th). It was the first goal after four games without a goal.

“Despite the 4-1 win, we didn’t do everything right“, Pastoor stated. “With one more man we should have played more dominantly, but that didn’t work until the end.“The lead thanks to a foul from Manfred Fischer (41st) was promptly snatched away by Ante Bajic in a counterattack before the break (45th). Altach’s breakthrough was only Ried’s late break-in. “In terms of order, we did pretty much right. With the ball we showed at times that we lacked confidence, but there were also some good actions. The win was great for us“, Pastoor summed up.

The relegation battle has increased significantly in tension. Altach gave the red lantern back to Admira, who this time did not cause a sensation at Sturm Graz after the 1-0 win over Salzburg. Due to the 0: 3, the Südstadters are one point behind the SCR or two each behind Ried or at least until Sunday afternoon behind the WAC and Austria. With the performance of his team, coach Damir Buric was able to be satisfied at times.

“Our options were there. But today was not an optimal performance from us“, Said Buric. “It is important that you can see that you always have your phases, even against such a top team. If you take advantage of the opportunities, you’ll stay in the game and the game can end like it did against Salzburg. We didn’t make it today“.

Thiem shortly before departure in addition to fitness and tennis training

News from Germany: 44-year-olds with 4.4 per mille on the highway

Because of corona case tight – customers angry about closed post...

Frankfurt rapper Reezy: “I like it melancholy, but not depressed”

Approval for Putin drops after video

Spahn ensures that the vaccination rate will gradually increase | ...