After an accusing, open letter from Thomas Hitzlsperger, VfB President Claus Vogt responded – and in turn criticized the CEO. He speaks of a “public attack”.

In the power struggle at VfB Stuttgart, President and Supervisory Board Chairman Claus Vogt defends himself with clear words against the attack by CEO Thomas Hitzlsperger. “I, no we, all of us had certainly not thought it possible that a member of the board of a club publicly attacked the chairman of the supervisory board in such a manner,” wrote Vogt in a personal statement on Thursday. “ Yesterday I was attacked publicly in a kind of way (and the public was confronted with allegations, some of which were untrue), I can’t leave it like that.”

With his own candidacy for the presidential post, Hitzlsperger wants to push Vogt out of office at the general meeting on March 18, 2021. In an open letter on Wednesday, the ex-national player explained his reasons for this and sharply criticized Vogt. Among other things, the 38-year-old accuses Vogt of massive errors in dealing with the data affair, in the course of which club employees reportedly passed member data to third parties a few years ago. Vogt had commissioned an external law firm to clarify what, according to Hitzlsperger, had led to “escalating costs”.

According to Vogt, the club is resisting the investigation. “ Several attempts have been made in the past few weeks to torpedo the work of the Esecon law firm,” writes the 51-year-old. “ One can get the impression that there are people in and around VfB who do not want this information.”

Delivery Hero may only take over competitor Woowa subject to conditions:...

After donating millions for research: Dolly Parton vaccinated against corona

Archbishop: The war in Syria is the cruelest tragedy since World... 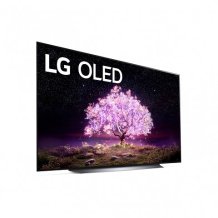