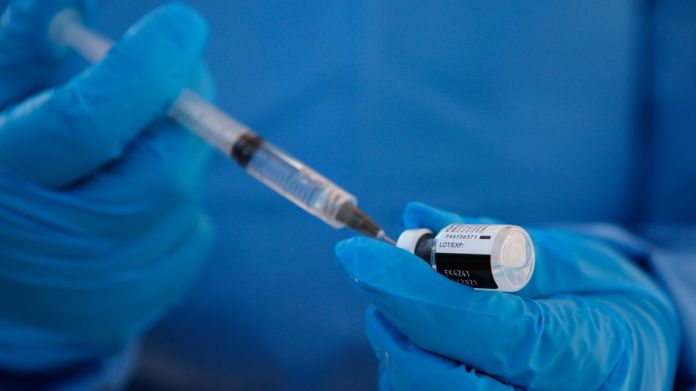 Berlin. According to a survey, around two thirds of Germans want to be vaccinated against the corona virus. In the survey carried out by the YouGov opinion research institute on behalf of the German Press Agency, 32 percent of those surveyed stated that they wanted to be vaccinated as soon as possible. Another 33 percent are also determined to do so, but still want to wait and see possible consequences of the vaccination for others. 19 percent have decided against a vaccination, 16 percent are still undecided.

These are amazing numbers. It was only on December 11th that the medical newspaper reported under the heading “Fewer and fewer people want to be vaccinated against Corona” of a falling willingness to vaccinate. Quote: “The willingness to be vaccinated against COVID-19 reached a new low of 50 percent at the beginning of December. This is the result of the COVID-19 Snapshot Monitoring Study (COSMO) – a joint project by the University of Erfurt, the Robert Koch Institute and the Federal Center for Health Education, among others. “

Fear of side effects

A clear majority of 57 percent are also afraid of the side effects of the vaccination. Only a third do not have such fears. 10 percent did not provide any information.

The vaccinations against the corona virus in Germany are to start on December 27. Initially, older people over 80 as well as residents and staff in nursing homes are to be involved, as well as health workers with a very high risk of infection, for example in intensive care units and emergency rooms.

Willingness to vaccinate increases with age

According to the YouGov survey, the willingness to vaccinate increases continuously with age. Of the 18- to 24-year-olds, 54 percent want to be vaccinated, compared to 71 percent of people over 55. It is also significantly lower among AfD voters, at 51 percent, than among supporters of all other parties represented in the Bundestag. It is particularly high among the Greens voters at 82 percent.

By the end of March, 11 to 12 million vaccine doses should be available. Since the preparation has to be administered twice, this amount would be sufficient for approximately 5.5 to 6 million people. Federal Minister of Health Jens Spahn is assuming that he will be able to offer all citizens in Germany a “vaccination offer” by the summer – provided that further preparations are approved. In 2020 there were three times as many cyclists killed in...

Opera in the times of Corona or The Figaro’s distillate

No decision about restricted movement in hotspots

Johnny Depp is unsuccessful in appealing after a defamation trial in...

Covid-19 and now Ebola: New outbreak in the Congo