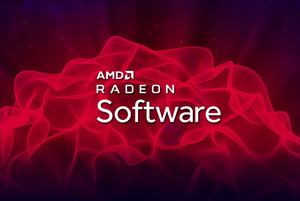 The version 20.11.3 of the adrenaline driver released yesterday by AMD fixes and updates a number of problems, but also supports the game Immortals: Fenyx Rising and the Vulkan Ray Tracing Extensions. The optimized driver software fixes a number of errors, including the low performance of the Radeon RX 6800 models in Watch Dogs Legion and DiRT5.

Furthermore, start problems with the new WoW add-on Shadowlands on Windows 7 systems with selected DirectX 12 render have been fixed, as well as occasional game crashes in Call of Duty: Black Ops Cold War with activated DirectX ray tracing. In general, Radeon RX 6000 cards from version 20.11.2 are supported, since version 19.2.3 the mobile processors with integrated Vega graphics are also compatible with the Adreanalin driver package. This means that notebook users are no longer dependent on the driver support provided by the respective manufacturer, but can also use this driver.

Version 20.11.3 of the new adrenaline driver including complete release notes is available for the Windows 7 (64-bit) and Windows 10 (64-bit) operating systems and can be downloaded directly from the manufacturer’s homepage.

Graz corona study confirms: With this blood group you are less...

Wolfgang Petry takes a poignant farewell – “I don’t understand what...