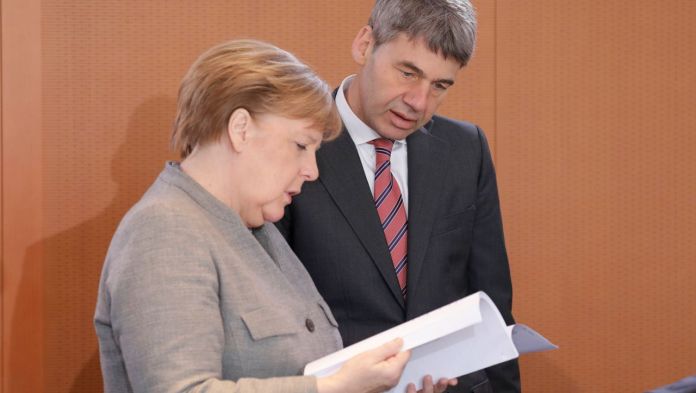 Almost a year before the general election, numerous high-ranking officials are promoted. This emerges from a note for the cabinet meeting in the coming week, which SPIEGEL has received. The most prominent climbers are confidants of Chancellor Angela Merkel and Foreign Minister Heiko Maas.
Jan Hecker, foreign policy advisor in the Chancellery, is supposed to become the German ambassador in Beijing. The ministerial director has been advising Merkel on foreign policy issues for three years; previously he was head of the refugee policy coordination team in the Chancellery.

Katharina Stasch, Heiko Maas’ office manager for many years, is to become head of the Permanent Mission of the Federal Republic to the United Nations in Geneva. The ministerial director already headed Maas’ office during his time as Federal Minister of Justice.

The appointment of the Chancellor’s foreign policy advisor to an important ambassadorial post is not unusual. Hecker’s predecessor Christoph Heusgen went to New York as permanent representative to the United Nations. He will be leaving there soon, and according to the cabinet proposal, Antje Leendertse will be his successor, currently State Secretary in the Foreign Office.
Stasch’s appointment, however, causes frowns in diplomatic circles. After all, the lawyer has neither diplomatic training nor is she considered a foreign policy expert. Until she moved from Maas to the Foreign Office, she was mainly occupied with other issues.

Merkel’s long-time confidante Bernhard Kotsch is also promoted. He is to become ambassador to the Holy See in Rome. Merkel had already provided her confidante Annette Schavan with this post when she resigned as education minister because of her doctorate.

Among other things, Kotsch was the deputy of Merkel’s office manager, Beate Baumann. In contrast to Stasch, Kotsch completed his attaché training at the Foreign Office. From 2007 to 2009 he was posted to the German Embassy in Dakar before becoming responsible for Africa and the Middle East at the Chancellery. Kotsch is currently the coordinator of the federal intelligence services and head of Department 7 in the Chancellery.

Apparently, the federal government has no interest in the promotions being made public at this point in time. Directly under the personal details in the cabinet submission it says: “The Foreign Office has requested that the press only be informed with its express consent.”

The Chancellery reacted in a rather monosyllabic manner to a SPIEGEL inquiry about personal details. “We’re not commenting on that,” said a government spokesman. CIIE sends congratulations on the Year of the Ox (PHOTO)

Corona vaccine (Moderna) should be approved – then the next damper...