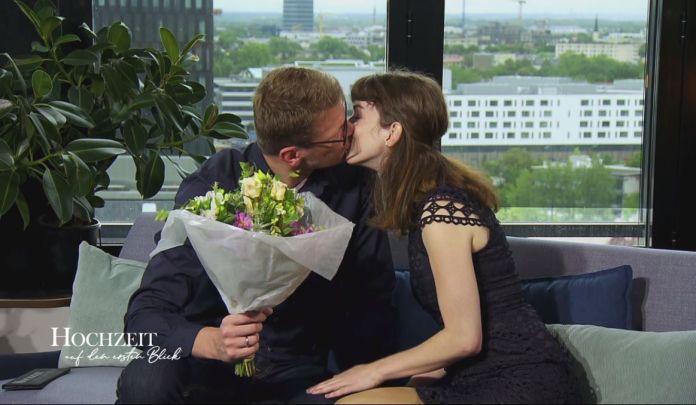 You were the bright spot for an entire season. Annika and Manuel were the only lovers to finish the TV experiment “Wedding at first sight”. With a touching declaration of love, he brought tears to his eyes for his wife and the TV viewers in the grand finale. At first it didn’t look like feeling great either …

When the 35-year-old Mannheimer saw his match for the first time at the wedding, his enthusiasm was limited. The brunette travel woman doesn’t exactly match his prey scheme. “I actually like blonde,” he admits today.

Also read: Marriage or separation – the KURIER was so good with its prognoses >>

Nevertheless, Annika and Manuel got involved in the experiment “wedding at first sight”. Even if very reserved and cautious. Because Manuel didn’t even take his bride’s hand at the wedding, he quickly received criticism. “Today I would do a lot of things differently and be more courageous,” says the 35-year-old.

During the honeymoon, the couple slipped into crisis. Manuel just finds it difficult to show feelings and to allow them at all. He was single ten years earlier. Everything is very difficult there.

But Annika never gave up and fought for marriage – and her husband’s love. Many tears flowed. After consulting the experts, the couple ventured a fresh start. With success.

“We really wanted it,” says Manuel. And then the butterflies found the right way in the stomach. When Annika hangs a padlock for the lovers on a bridge and throws the key into the water, the two finally kiss. The knot has burst.

Today Annika and Manuel say: “We did it!” In the final, they decide for “marriage”, as the only couple. Even more: the man from Mannheim surprises his wife with a grand gesture.

Manuel conjures up a bouquet of flowers and presents it to his Annika. Then he makes a declaration of love for his wife. A bit wooden as it is. But incredibly touching. “Dear Annika, I really wanted to thank you again. Thank you for your patience, your openness. ”Now at the latest the tears are rolling down.

“You’re doing me really good. You are my anchor We have a bright future together. ”How magical!

“I’m glad you went the way. That you take me for who I am That you also accept criticism and help. We are simply on the right track and I am happy that it will continue like this, ”she said thanks afterwards.

This happiness moves everyone – even in front of the television. And it continues after the final.

The couple has now moved in together. Annika packed her things in Kehl and moved to her husband’s apartment in Mannheim. He solemnly hands her the key to the apartment. This happiness has a future.

You can’t say that about the other couples. According to KURIER information, Daniela and René, Emily and Robert and Wiebke and Norbert are no longer in contact. The divorce is in progress.

Only Lisa and Michael still see each other regularly. They actually live a friendship. And neither of them rule out the possibility that it could eventually become more …

You can see how the couples from “Wedding at First Sight SPECIAL” decide on Wednesday at 8:15 pm on Sat.1.

Iran: execution of a dead woman! She died waiting for...

Berlin & Brandenburg: The federal and state governments advise on corona...

After the Atlanta series of murders – America’s problem with racism...

New Year’s Eve in Bavaria – hundreds of police operations in...