The central building block of the federal government’s new anti-terror package is the creation of a separate criminal offense to combat political Islam. The new § 247b “Religiously motivated extremist connection” in the Criminal Code is directed against organizations that fight the democratic constitutional order and want to replace it with a religiously based social and state order (such as the Sharia). According to the Criminal Code, anyone who establishes such an association, is a leader in such an association or otherwise participates in or supports it can now be punished.

In addition, a new impediment for religious-motivated extremist motives is being introduced. This should make it possible to take effective action against new forms of extremism.

Changes in the Islamic Law create new legal bases to close radical mosques more easily and quickly. Specifically, in the future, the Office of Cultural Affairs should react much faster – and in particularly serious cases even without being asked to stop – and close mosques. 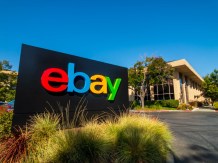