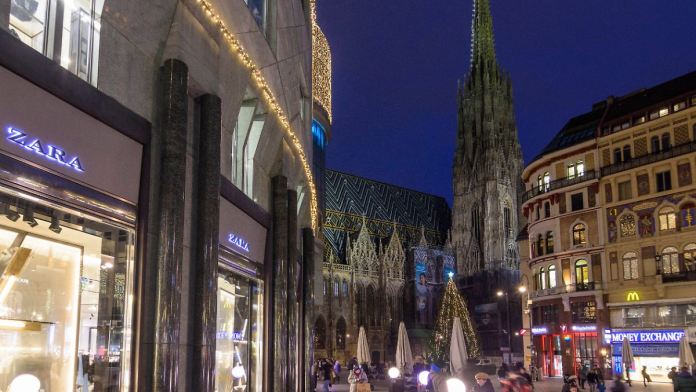 “Anything but over”
Austria: Less Christmas easing

For the second Christmas day and New Year’s Eve, Austria will take back the deviation from the strict Corona measures. The easing now only applies to Christmas Eve and the first holiday. In addition, the federal states may extend the mask requirement.
In view of the continued tense corona situation in Austria, the government in Vienna has again restricted the planned exceptions for the Christmas holidays. On Christmas Eve and Christmas Day, meetings with ten people are allowed, said Chancellor Sebastian Kurz, according to the Austrian news agency APA.

The nightly exit restriction from 8 p.m. to 6 a.m. continues to apply, with New Year’s Eve being an exception, Kurz said. Originally, the exemptions should apply from December 24th to 26th and December 31st.

The pandemic is “anything but over” and “we are going to have a tough time,” said Kurz, referring to the coming winter months. The Austrian federal states can now introduce a mask requirement in heavily frequented outdoor areas. So far, this has only applied to public transport and closed rooms.

Austria only relaxed its tough corona lockdown on Monday. Instead of all day, there has only been a night curfew since Monday. Shops, shopping centers as well as hairdressers and other service providers have reopened, and the majority of the students were allowed to return to the classroom.

How to find the perfect Smart TV

“WandaVision”: This is what Marvel fans should know about the new...

Netflix will soon disappear on these devices – this is what...

Prince Harry with unpleasant judgment: “We give her little back”