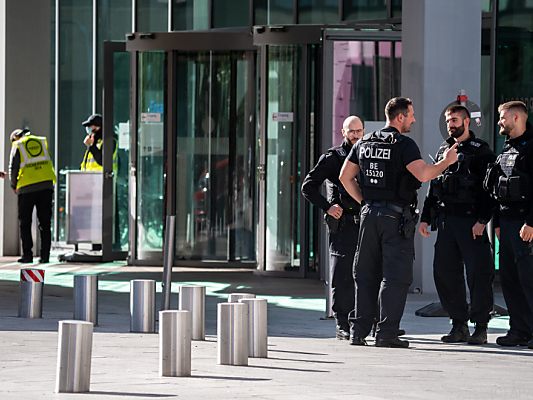 
After the attack, Navalny was treated in the Charité (archive picture)
© WHAT (dpa)

According to research by several media outlets, the Kremlin critic Alexej Navalny was allegedly poisoned by agents of the Russian domestic secret service FSB as part of a complex operation. At least eight FSB employees have been identified, reported the “Spiegel” on Monday. The identified are six executing agents and two alleged executives.

“Spiegel” wrote that the evaluation of cell phone connections, GPS and location data from more than a dozen suspected FSB agents and analyzes of numerous passenger lists of Russian scheduled flights make it possible to understand that Navalny has been the focus of the FSB team since 2017. As part of joint research with the investigative platforms Bellingcat and The Insider as well as the US news broadcaster CNN, it was also possible to determine that the FSB agents flew more than 30 times to Nawalny’s travel destinations and returned to Moscow shortly after him. It is therefore unlikely that the FSB team were agents who only observed Navalny.

The two alleged executives belong to the “Spiegel” and its partners, according to two FSB units that have already been associated with poison murders in the past: the “Institute for Criminology” and the “Center for Special Techniques” that is superordinate to it. According to the research, one of the two executives communicated regularly with chemical laboratories associated with Russia’s Novichok program. All eight identified FSB men either have a medical or chemical history or have worked for Russian special forces.

Navalny collapsed on August 20 on a flight from Tomsk in Siberia to Moscow. Two days later, the 44-year-old, still in a coma, was brought to the Charité University Hospital in Berlin for treatment. According to three European laboratories, the results of which have been confirmed by the Organization for the Prohibition of Chemical Weapons (OPCW), Navalny was poisoned with a chemical nerve agent from the Novichok group. Moscow denies any involvement. Navalny is still in Germany, where he is recovering from the attack.

According to the “Spiegel” research, in the run-up to Navalny’s trip to Tomsk via Novosibirsk there was lively telephone traffic between the eight FSB agents. In addition, one of the FSB men, Alexej Alexandrow, was located in Novosibirsk in front of the hotel of a confidante Navalny.

Navalny reported to the “Spiegel” about a noticeable incident on the eve of his collapse: There were many more people behind the counter of the hotel bar than usual. The bartender had denied him a Bloody Mary, but complied with his request for a Negroni.

After Navalny had left the bar, the FSB people communicated intensively with each other until Alexandrow’s phone was last tracked near the hotel shortly after midnight on August 20. The next morning Navalny left the hotel in Tomsk early. At the same time, a telephone relay began between an FSB employee presumably present on site and the executives based in Moscow.

After it became apparent that Navalny had survived the attack, one of the executives and three employees of the FSB team went to the Siberian city of Gorno-Altajsk, according to research. There is the “Institute for Problems of Chemical and Energy Technologies”, which employs staff who specialize in cleaning places and objects after the use of chemical warfare agents.

It is possible that the attempted killing in August was not the first attack on Navalny. Navalny reported two incidents to “Spiegel”, including one in July 2020. During a private trip with his wife to Kaliningrad, these symptoms were very similar to his in August. But shortly afterwards she felt better again. Members of the identified FSB team were in Kaliningrad at the same time as the Navalny couple.

“The ultimate test”: Pregnant Isabel Kraus in the hospital

Fashion from Esprit, Polarino, Nike and Co. reduced by up to...

That’s how bad things are in the corona crisis in Austria...

EU sanctions: “The Chinese interpret this as …

Markus Lanz wants to know who “screwed up” the corona policy