The American party app Vybe Together has called for secret get-togethers online – including on New Year’s Eve.

In a promotional video, it encourages people to celebrate together. Nobody wears a mask, but there is plenty of alcohol.

First Tiktok threw the app from its platform, then Apple also deleted the app.

It was a 10-second clip on the Tiktok video platform that finally put an end to the up-and-coming party app Vybe Together. In dem Video, which has since gone viral, the startup introduces itself as an “app for secret parties” and uses pictures of alcohol bottles and young people dancing – without a mask – to advertise weekly “get-togethers” that look like illegal corona parties.

After the network reporter for the “ New York Times”, Taylor Lorenz, drew attention to the promotional video for Corona parties in a tweet, Tiktok banned the app from its platform on Wednesday. Apparently because it violates community rules. The clip had previously had 11,000 views.

Shortly after a request from Business Insider to Apple on Wednesday, the Vybe Together app also disappeared from the App Store. The application had been listed there for four months. Our editorial team asked Apple for comments, but has not yet received an answer.

Company distances itself from its own advertising

Vybe Together CEO Alexandar Dimcevski wrote in an email update to Business Insider on Wednesday morning that the company “never throws big parties” and described the deleted Tiktok video as “exaggerated marketing video.” “We do not tolerate large unsafe parties during a pandemic,” added Dimcevski.

With Vybe Together, users can find and create private parties online. Only approved members can use the app. The app had previously advertised on the website with the words “Do you miss playing beer bong, flirting with strangers and generally having a lot of fun with the crew? Vybe is here for you. ”

After facing criticism, the startup took down its entire website, including its Instagram page. On Tuesday evening, the only post on the app’s Instagram page was: “Inflated by the media. WE DO NOT ALLOW LARGE MEETINGS !!! ”

New Year’s Eve celebrations are also not easily possible in the USA. The US Centers for Disease Control and Prevention has recommended staying home at the turn of the year. When Americans party together, they should wear masks, keep their distance, avoid large groups and avoid alcohol consumption.

More than 63,000 people died of Covid-19 in the U.S. in December, making the month the deadliest of the pandemic. Immunologists and other experts fear New Years Eve parties could drive hospital admissions and deaths from COVID-19 even higher.

In Germany, too, politicians and scientists are warning against excessive New Year’s Eve parties. You can find more information about what is allowed and what is not in this Instagram post or under this link in a further article.

This article has been translated from English and adapted. You can find the original here.

Corona in Hessen: Brazilian variant arrived at the airport

Weather: “Warmth Mountain” pushes over Germany – no snow at Christmas?

The Bastian family builds a gallery house: The new modesty –... 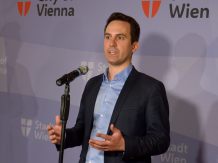 Later opening of the schools would be a “setback” for return...

Other countries are also suing: Success for kids with climate action...