The number of infected people per 100,000 inhabitants is therefore more than three times as high as the 100 that, according to the plans of the federal government, should be the limit for people entering Austria from abroad over the Christmas holidays. Before the hard lockdown began two weeks ago, the value was even 560.

779 deaths were added within a week. In the meantime, 3,446 people have died in Austria as a result of the coronavirus. Up until a week ago, 2,667 deaths were reported. Since the beginning of the pandemic, 289,461 people in Austria have tested positive for the coronavirus. 233,657 are considered to have recovered, the number of active cases is currently 52,358.

Most new infections were reported on Wednesday with 677 from Upper Austria. There were 636 new cases in Lower Austria, 593 in Styria, 553 in Vienna and 450 in Salzburg. In Tyrol, 332 new infections were added in the past 24 hours, in Carinthia 358, in Vorarlberg 222 and Burgenland reports 151 new cases.

The seven-day incidence continues to decline only slightly and was at 325.2 on Wednesday from 345.8 the previous day. In a comparison of the federal states, the values ​​fluctuate between the low 227.7 in Vienna up to 478.9 in the current frontrunner Salzburg, where this value has increased even further compared to yesterday. Carinthia (454.4), Upper Austria (395.0) and Tyrol with a seven-day incidence of 378.4 are the other three countries that are above average, but here the values ​​fell slightly in a 24-hour comparison.

Overall, the results of 27,862 PCR tests were announced on Wednesday, the proportion of positive test results on a seven-day average was just under 15 percent, after 16 percent the day before. Here, too, Vienna has the lowest value with around ten and Salzburg has the highest with 22.1. 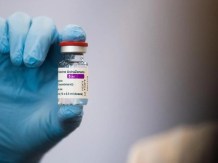 Nurse reckons with vaccination hatred: “This is how you treat heroes...

AMD will introduce the EPYC-7003 series on March 15th

Rising corona numbers despite lockdown: How the pandemic fight in rural...

Coronavirus in Stuttgart: This is what the head of the health... There is a lot of mineral oil in this toast