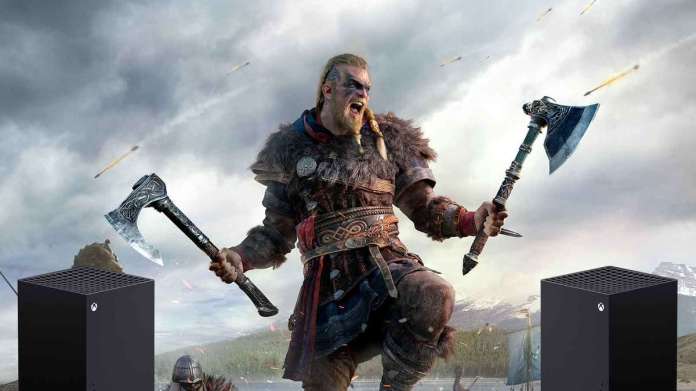 Players from “Assassin’s Creed Valhalla” * started their raids through England in the role of Viking Eivor in November. Now Ubisoft is starting its raid on the players – no, it’s not that bad. After all, it is up to you whether you want to spend additional money on microtransactions in full-price titles. Nevertheless: With the XP boosts as an optional in-game purchase, Ubisoft has added a feature that was heavily criticized in the predecessor “Assassin’s Creed Odyssey”.

“Assassin’s Creed Valhalla”: XP boosts from “Odyssey” are back

Ubisoft ran the XP–Boosts erstmals in „Odyssey” a. This enabled players to gain experience points faster. Since the level up was particularly slow and grueling, many gave in and bought a boost. Such microtransactions – i.e. additional purchases for real money within the game – are for the most part demonized by gamers and considered exploitative Pay–to–Win–Features stamped. Nevertheless, there are numerous players who make in-game purchases and still generate income for the publisher after the release. The topic is more explosive with multiplayer titles than with a single player game like “Valhalla”, since you don’t buy any advantages over other players.

Fans of the “Assassin’s Creed” series were relieved when “Valhalla” was released in November without an XP boost and with a much faster level system. As Game Informer first reported, the unpopular XP boosts now also land in the new offshoot. The upgrade costs 1.000 Helix–Credits, which corresponds to about ten euros. Once it is acquired there are players 50 percent additional experience points.

“Assassin’s Creed Valhalla”: Players who don’t have time should be able to level up faster

Ubisoft’s explanation for the introduction of the XP Boosts is that players can expect a lot of DLC content in the Season Pass. That is why those who who have little time to play, a way to keep up and not miss a thing.

„Assassin‘s Creed Valhalla“ hat received very good reviews so far. In fact, it has sold more than any other game in the series. However, it is noticeable that Ubisoft is introducing the XP boosts a little over a month after the release. Angry tongues would say they were waiting for the first good reviews because they knew the feature would negatively affect ratings. (Ök) * tz.de is part of the nationwide Ippen editorial network.

Interesting too: “Assassin’s Creed Valhalla”: Will Germany be the setting for the next part?

Private insight: Heidi Klum in the shower with her dogs

Taylor Swift: There it is again, the childhood sweetheart

At the Handball World Cup against Portugal – How much gas...

But there was no agreement between the federal states on the...