Coronavirus vaccine could also be transported to Austria by Austrian Airlines. Appropriate preparations are in progress, said Christian Steyer, responsible for freight at AUA. He described cooling with dry ice as a challenge.

Dry ice (the Pfizer / Biontech vaccine must be stored at minus 70 degrees, note), due to its physical properties, goes directly from a solid to a gaseous state and releases carbon dioxide, explained Steyer. This so-called sublimation limits the amount that can be transported. The airline is therefore in an exchange with both aircraft manufacturer Boeing and the European flight safety agency EASA.

Up to three tons of dry ice

One criterion is the rate of sublimation. The lower this is for the dry ice used, the more is allowed on board, says Steyer. With the Boeing 777 it could be up to three tons on a pure cargo flight. That is “approved” by Boeing. Because carbon dioxide is of course also released in the cargo hold, there are also corresponding regulations on how long the doors must be open before safe unloading can begin.

AUA, its mother Lufthansa and Lufthansa Cargo would deal with the issues “to be prepared,” emphasized Steyer. He does not expect any orders to transport vaccines for short- and medium-haul aircraft. Within Europe, trucks will probably be used and thus the road will be used. “We do everything we can to prepare” when the company is asked, added the AUA freight manager. “We are on schedule.”

The Boeing 777 with the registration number OE-LPA is still in use. According to Steyer, the machine will continue to flow in protective masks and clothing from China. Since the beginning of December there has been an airlift every other day. Bookings are initially available until mid-January.

Biathlon World Cup live on TV & Stream: Who will broadcast...

Auguste Rodin and Hans Arp united in the Fondation Beyeler 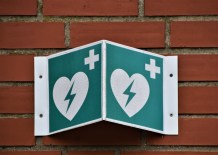