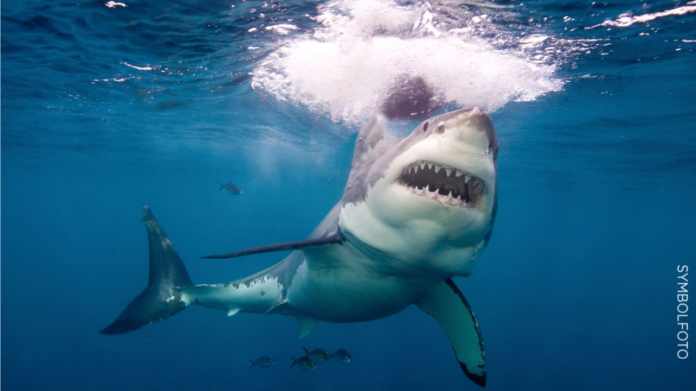 An Australian surfer miraculously survived an attack by a great white shark: As the 29-year-old reported on Monday, he not only managed to paddle back to the beach with bite wounds, he also had to walk at least 300 meters, to find help.

The 29-year-old reported in a handwritten letter from the hospital that he had spent a “normal surfing day” on Kangaroo Island off Australia’s south coast when he suddenly felt “as if he had been rammed by a truck”.

The shark caught his back, bottom and elbow and bit off a piece of his surfboard. Then he let go of him and “disappeared” again, the man continued. He was able to take a quick look at his attacker.

According to the police, the injured surfer was then picked up in the parking lot by another surfer and later flown to the mainland. But his injuries are not life-threatening.

▶ ︎ According to statistics from the New South Wales Government Conservation Agency, there have been eight fatal shark attacks in Australian waters this year. The last one was registered on Kangaroo Island about ten years ago, reported TV broadcaster 9News.

Survey by the Covid Task Force – Severe depression is increasing...

Prices in Berlin and Brandenburg are rising more slowly

NRW: Police in Bielefeld give speed cameras a ticket – Ruhr...