The year 2020 was one to forget for FK Austria Wien. In addition to the sporty decline in the domestic championship, the traditional Viennese club is plagued by serious financial problems. “What you notice in such situations, of course, is that many rats are crawling out of their holes again, which had disappeared for some time. When you are successful, many pat you on the shoulder, and many push into the light. In the storm and in the crisis it will be often very, very lonely on the bridge “, Markus Kraetschmer sums up Sky Sport Austria.

“I’m never someone who wants to run away”

The AG board of Austria has been criticized for a long time. Most recently, the active fan scene of the violets called for his resignation (“Schleich dich”: Austria fans demand resignation from Markus Kraetschmer via poster). “In the current case it seems that Markus Kraetschmer is being held responsible for everything, whether it is the wrong player transfer or the sponsor who does not pay,” said the AG board of directors. However, he made the decision to “concentrate on the future as best as possible”.

How things will go on with Markus Kraetschmer and Austria Wien is unclear. His contract expires in June 2021. “I’m never someone who wants to run away. I want to do my part to ensure that we are successful with Austria”, Kraetschmer doesn’t think of an end.

For the violets it is now a matter of attracting an investor as quickly as possible. Wiener Austria must have completed the licensing process by the end of February. The board reveals that there is particular interest from the American region. But there should also be interested parties from “inland and other continents”.

Despite the corona crisis: SNB records a profit of CHF 21...

Corona pandemic: This is how the world vaccinates 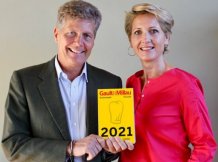 Israel: Trial of Benjamin Netanyahu postponed due to lockdown