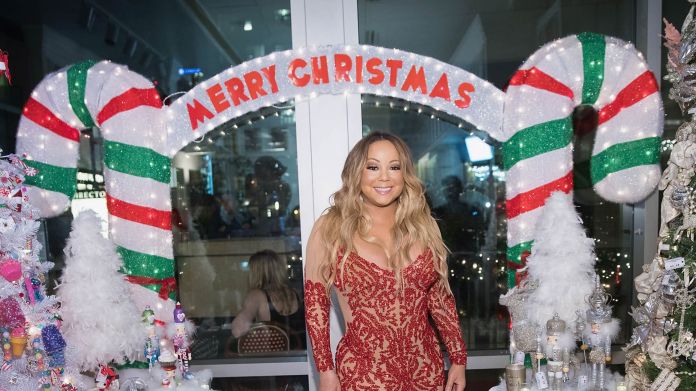 Mariah Carey (50) is not absent from any Christmas party. Whether at home, in shops or on the radio – “All I Want for Christmas Is You” is played up and down every year during Advent. Even 26 years after the classic was released, the song is still storming the charts. This year, too, the Christmas anthem landed in first place. But how much does the pop diva actually earn with her hit?

Report Mirror According to her, the song brought in around 440,000 euros in the UK alone during Advent. The hit is also streamed millions of times on Spotify and is pouring a lot of money into the till. A report from Broadband Deals from last year says “All I Want For Christmas” was played 506,173,888 times. Allegedly, the streaming giant pays each artist 0.0038 cents per view. That would mean, Mariah would have earned 1.9 million euros with her song in 2019 alone.

Also a report from The Economist from 2017 state that the song has earned a total of around 49 million euros since its release in 1994. The 49-year-old probably wouldn’t have thought that her song would develop into a worldwide hit. The song, which she released when she was only 26, was said to have been written in just 15 minutes.

Corona virus continues to change – new variant has appeared in...

Where curfews apply in NRW

Corona in Leipzig and Saxony

Rush of visitors despite Corona: sign with hate message appeared –...

After AstraZeneca stop – “Ridiculous!” British blaspheme about vaccination panic of...

Australian Open: Novak Djokovic – “If it wasn’t a Grand Slam...