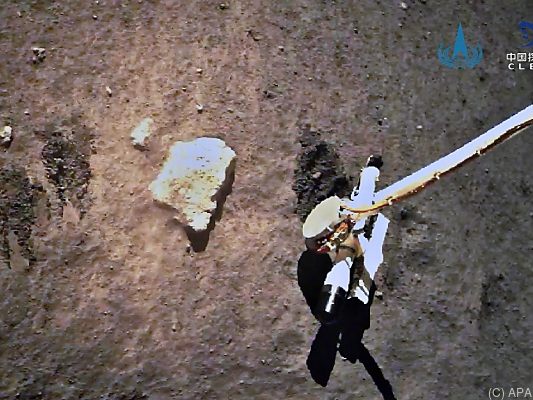 After collecting samples, the Chinese lunar probe “Chang’e 5” took off again from the surface of the earth’s satellite. The start from the moon took place on Thursday evening, as China’s state news agency Xinhua reported. It is expected that the ascent module will couple back to the spaceship in a next step, which will then bring it out of the orbit of the moon back towards earth in the next few days.

The probe touched down on the lunar surface on Tuesday evening and began collecting rock samples. The plan is to bring around two kilograms of material back to earth. The US Apollo missions brought back around 380 kilograms of lunar rock. The Soviet Union collected around 300 grams with unmanned missions. With a successful return to earth, China would be the third nation to succeed in such a project.

The current mission to the moon is another important step in China’s ambitious space program. Experience should also be gained with which a manned landing on the moon can succeed in the future.

Mallorca: Thousands landed – Infected people can be quarantined in a...