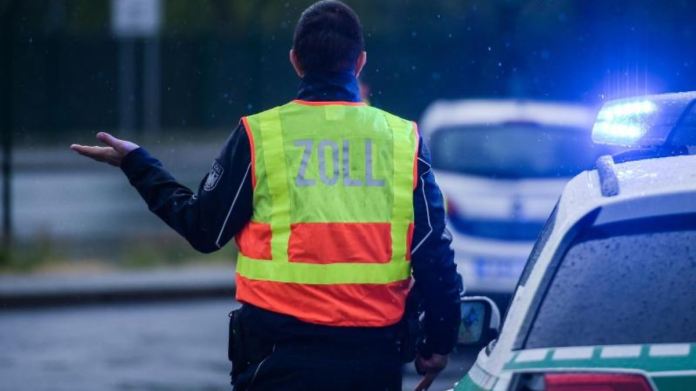 Frankfurt (Oder) / Slubice (dpa / bb) – Officials at the main customs office in Frankfurt (Oder) are currently using random samples to check whether firecrackers from Poland that are not registered in Germany are being imported illegally. “There have been a few cases in the past few days,” said Astrid Pinz, the press spokeswoman for the main customs office in Frankfurt (Oder), on Wednesday when asked. However, it went unnoticed that more people wanted to stock up on fireworks before the lockdown.

According to Pinz, pyrotechnics can be bought all year round in Poland. The confiscated goods weighed around one kilogram each. “In one case, a car driver hid the blasts under the driver’s and passenger’s seat.” He was aware that he was smuggling. The bangers would be confiscated and there is a threat of criminal proceedings for violating the Explosives Act.

“Yesterday and the day before yesterday we had a huge rush of customers from Germany. The whole parking lot was full, people were queuing for a long time in front of the shop,” said a saleswoman in the “Pyromarket” in Slubice. She and her colleague didn’t even have time for a lunch break. Wednesday, on the other hand, started very quietly – with practically no customers.

“Especially on Monday and Tuesday there was a rush at gas stations, cigarette sales and in front of the large supermarkets,” reported Pawel Slawiak, chairman of the Association of Market Traders in Slubice. Service providers, such as hairdressers, would also have benefited. But now the dealers are facing difficult weeks. “Usually before Christmas is the best time, Germans buy a lot,” said Slawiak. This business collapsed for the second time this year.

The crossing at the city bridge over the Oder to Slubice is still open despite the lockdown – but only for a select group of people: only commuters and schoolchildren are allowed to cross the border. Family visits in the other part of the city are also allowed. “It should be noted that significantly fewer people are on the move,” said the press spokesman for the city of Frankfurt (Oder), Uwe Meier, on request. According to him, small border traffic is prohibited – for shopping, for refueling or for a visit to the hairdresser.

Corona numbers in Germany: For the first time, more than 1000...

Corona pandemic: The Czech Republic is also back in lockdown