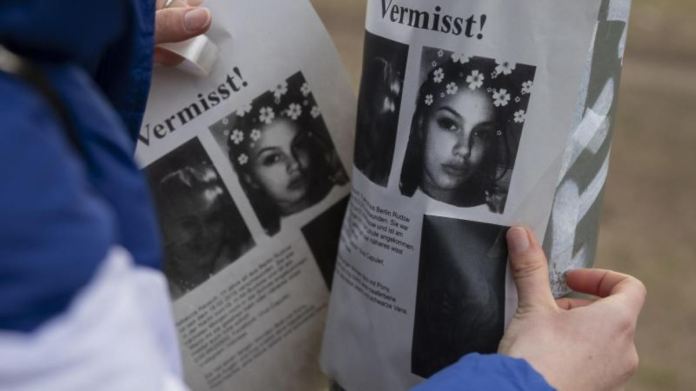 Almost two years ago, 15-year-old Rebecca disappeared from Berlin without a trace. The police believe that she was killed. And is sure to know the perpetrator. Now another piece of the puzzle became known that the police at the time confirmed in this opinion.
Berlin (dpa / bb) – In the case of Rebecca from Berlin, who disappeared almost two years ago, for the first time a witness who helped trigger a large search operation by the police in Brandenburg forests, publicly described her observations. The woman reported to two journalists for a podcast how she and two friends saw a conspicuous man in the forest near the village of Kummersdorf on the day the girl disappeared. The police combed this forest in mid-March because a witness remembered seeing a car there on February 18 that looked like Rebecca’s brother-in-law’s raspberry-red Renault Twingo. The police quickly suspected the 27-year-old brother-in-law and still believe him to be the culprit, but they cannot prove it.

In the podcast “In the Dark – The Rebecca Reusch Case” (on Podimo) the journalists Miriam Arndts and Lena Niethammer reproduce the woman’s statements. In view of the police search in March, she and her friends remembered the man they saw while riding in February. With smartphone photos, they would have determined the time: February 18, 2019, just before noon.

The three of them were out with horses in the forest, the woman said according to the podcast report. Between the trees they would have seen a man in a baseball cap. He came straight from the forest, constantly looked around in all directions and walked in the direction of a path that leads to a cottage settlement. When he noticed the riders, he walked faster, just looked down and then changed his direction slightly so as not to take the path, but to cross it and run through bushes into the forest again.

She and her friends found that very noticeable at the time and considered whether the man had a problem, the woman said, according to the journalists. Otherwise, there are only two people walking in the forest, people with dogs, cyclists or mushroom pickers. They did not see the man’s face, the cap was a similar color to the mug shot of the suspicious brother-in-law.

The woman has emphasized several times that she does not want to accuse anyone specifically, report the journalists in their podcast. It could also have been a coincidence, but the time, the behavior of the man and the similarity of the cap were already noticeable, according to the woman. The police then asked her several times about the incident.

After Rebecca’s disappearance, the brother-in-law was arrested twice by the police. His car was captured on the highway between Berlin and Poland on the day of his disappearance and the following day. In the weeks that followed, hundreds of police officers searched several large patches of forest in sparsely populated Brandenburg, 50 kilometers south-east of Berlin. Corpse detection dogs sniffed in the undergrowth and on the banks of the lake, mantrailer dogs were led along the highway. Divers got off boats into water. Rebecca has disappeared to this day, and a body has not been found either.

Hertha fights on Sunday against the winless series in Freiburg –...

Ivanka Trump: Selfie with father Donald – But she makes an...

Everything off! Denise & Sascha cry about the end of...

Steam annual charts: these are the most popular games of 2020

Angela Merkel: Chancellor has a sister – secret advisor in coronavirus...