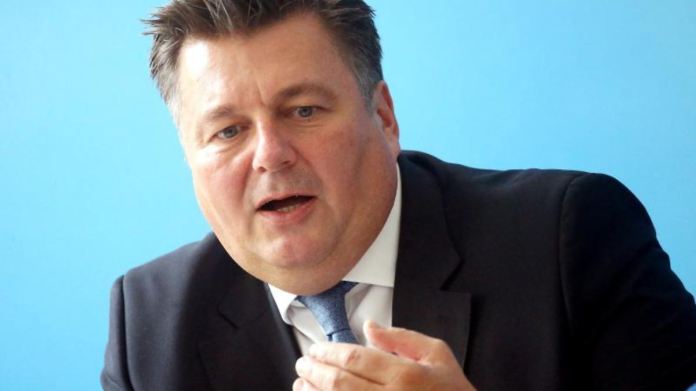 Berlin (dpa / bb) – Berlin’s Senator for the Interior Andreas Geisel (SPD) has welcomed the decision of the Conference of Interior Ministers (IMK) on alarm weapons. As the Senate Department for the Interior announced on Friday, the IMK is asking the Federal Ministry of the Interior to examine by spring whether the illegal use of alarm weapons can be legally better countered. The IMK, which ended on Thursday, followed Geisel’s suggestion.

“We can no longer allow people to shoot wildly with alarm weapons, especially on New Year’s Eve, and accept injuries to their fellow human beings as a result,” said the Interior Senator. “We urgently need a reduction in alarm weapons and more difficult access to these weapons.”

Geisel expressed his disappointment that the deportation freeze that has been in force since 2012 for the civil war country Syria should not be extended. Ministers from the CDU and CSU had pushed through the end of the stop. This means that each individual case is checked again to determine whether a deportation is possible. “The CDU / CSU interior ministers want to give the impression that there are no longer any obstacles to returning people to Syria. But that is not the case,” said Geisel.

He also thinks it makes sense to deport Syrian threats and serious criminals from Germany to Syria after they have served their sentences. “Unfortunately, there are currently neither legal nor organizational options for this,” said the Interior Senator. “If Federal Interior Minister Horst Seehofer is serious about his demand for deportation to Syria, then he must also quickly create the conditions for it.”

Philips 288E2UAE: UHD monitor with high pixel density thanks to 28...

Graphics card with theoretically more than 500 watts of power consumption

Clear majority against tightening the lockdown – news & reports from...