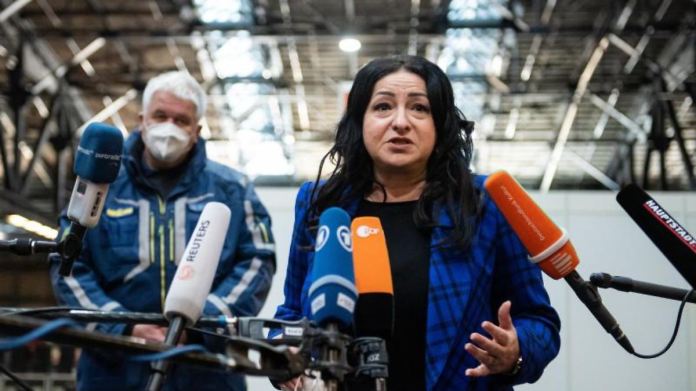 Berlin & Brandenburg
Kalayci at the start of the vaccination: “We are well prepared”

Berlin (dpa / bb) – Berlin wants to start the corona vaccinations as soon as possible, when the vaccine is available. “We have agreed within the federal states that when the vaccine comes, we will start vaccinating immediately,” said Health Senator Dilek Kalayci on Tuesday after the Senate meeting. “We are well prepared in Berlin. The vaccination centers will be ready at the beginning of the week.”

The European Medicines Agency (EMA) wants to clear the way for the corona vaccine from Pfizer and Biontech to be approved in the EU before Christmas. The authority announced on Tuesday in Amsterdam that it will submit its report on December 21. It is almost certain that the EMA will give the green light. The EU Commission then has to give its formal approval. Federal Health Minister Jens Spahn (CDU) said on Tuesday that he was optimistic that the vaccine would be approved on December 23.

Health Senator Kalayci said: “If it happens that the EMA is approved on the 23rd, then you have to add a few more days before the vaccine reaches us.” Kalayci announced that the vaccinations should start in the nursing homes: “That will be the first thing we will start with with mobile vaccination teams,” said the SPD politician. The care facilities have already been informed and are asked to prepare for the vaccinations.

This also includes “discussing everything with the relatives”. Queries in care facilities had shown that the willingness to vaccinate was very high. But she couldn’t give any numbers. “From my point of view, it is very elementary, in order to limit these high death rates among those over 90, that the vaccine comes to the elderly at an early stage,” said Kalayci.

The next group are those over 80 who do not live in care facilities. “We have prepared an invitation system for them,” said the Senator. As soon as it is clear when the vaccine will be available, a letter will be sent to those over 80 “at the push of a button”. Depending on the availability of the vaccine, these elderly people would then be invited to vaccinations in the vaccination centers every year.

Power supply in Stuttgart: 3000 people from Stuttgart temporarily without electricity...

After shooting at men in Berlin-Charlottenburg: the suspect turns himself in...

CD “Christmas Oratorio” from the Hymnus-Knabenchor: An almost dance-like invitation to...

ESL Gaming and paysafecard will continue long-term partnership in 2021