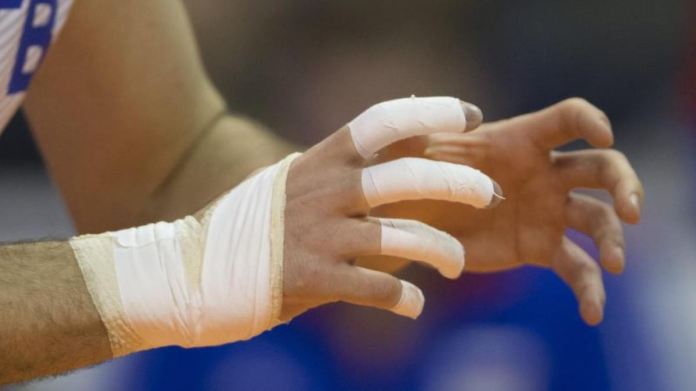 Berlin & Brandenburg
Netzhoppers have no chance in Friedrichshafen

Friedrichshafen / Berlin (dpa / bb) – Bundesliga volleyball team Netzhoppers KW-Bestensee closed 2020 with a defeat. At the record champions VfB Friedrichshafen, the cup finalist from Brandenburg was clearly defeated on Tuesday with 0: 3 (20:25, 13:25, 20:25). The Netzhoppers will play their next game on January 9th at United Volleys Frankfurt, which will also be the opponent in the cup final on February 28th in Mannheim.

The Netzhoppers started the long journey to Lake Constance without their regular trainer Christophe Acht. The 42-year-old Belgian became a father on Monday and was then released from the club. Florian Grüschow, formerly SC Potsdam, now Brandenburg’s regional coach, stepped in for him against Friedrichshafen.

VfB laid the foundation for winning the first set early on. An attack by Karli Allik put the hosts in the lead 6: 5 for the first time. Then Marcus Böhme succeeded against the unsuccessful blocking Yannick Goralik the seventh point for Friedrichshafen, the ex-Berlin Linus Weber added the 8: 5. The Netzhoppers ran after this deficit in vain.

In the period that followed, the guests declined considerably. VfB had the action firmly under control with solid defensive work and energetic attack actions, but also benefited from the opponent’s high error rate. Although the Netzhoppers rallied to greater resistance after the declassing lost second set, they did not put the team from Lake Constance in serious danger.

Gisin on the trail of Vreni Schneider after the podium premiere...

Controls all over Stuttgart: Some night owls appear unsuspecting – but...

Burglary of Rossi’s house on the day of his funeral