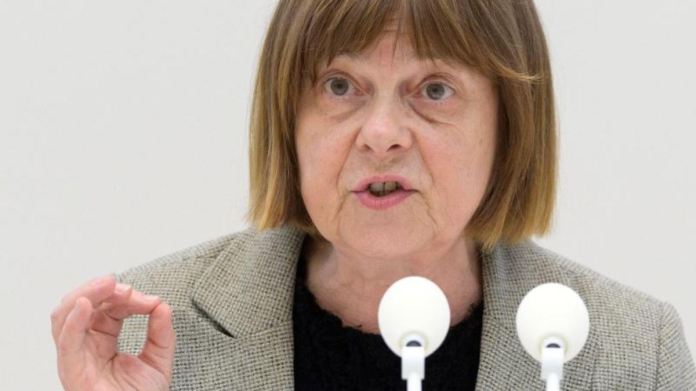 Potsdam (dpa / bb) – The record numbers of corona infections in Brandenburg could lead to an overload of the hospitals from the point of view of State Health Minister Ursula Nonnemacher. “It’s already so tight that we have to be very, very worried (…)”, said the Green politician on Saturday on the rbb’s information radio.

With the maximum value of 972 new infections reported on Friday in the entire country, two districts with their number of infections have not yet been recorded. You therefore assume over a thousand new diseases, said Nonnemacher. She warned that this would only be noticeable in the intensive care units of the clinics in ten to 14 days. “We always have to think into the future”. The clinics are currently helping each other through regional networks. However, patients have to be moved to other hospitals because there are local bottlenecks, she admitted.

The south of Brandenburg currently has the highest levels of infection per 100,000 inhabitants within a week. The hotspot is the Oberspreewald-Lausitz district with a seven-day incidence of 465.4 (as of Friday). The clinics in the south are sounding the alarm. The largest hospital, the Carl-Thiem-Klinikum in Cottbus and also the Klinikum Niederlausitz in Senftenberg (Oberspreewald-Lausitz) have launched a call for help to the population because they need staff to care for Covid patients. According to the clinics, there has already been feedback.

With a view to the shortage of personnel in the health sector, the minister spoke out in favor of a “firecrackers ban” on New Year’s Eve. In her life as a doctor she often drove emergency services. The hospitals are already overloaded, and experience has shown that there is a “mass attack” of injured persons to be treated on New Year’s Eve, Nonnemacher estimated. She called for a nationwide uniform line for the “firecrackers ban”.

The country leaders want to discuss stricter corona rules with Chancellor Angela Merkel (CDU) this Sunday (from 10:00 a.m.). Some countries have already imposed extensive restrictions. In Saxony, for example, a lockdown is to begin on Monday.

How other countries look at Corona Germany: Germany, zero points –...

Literature – Berlin – Berlin Academy of the Arts takes over...

Guide value for corona infections in the region increased slightly –...