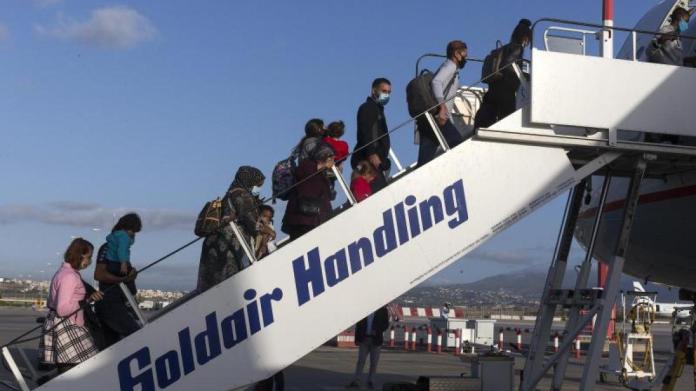 Berlin (dpa / bb) – Berlin took in 189 refugees from overcrowded Greek camps in the year ending. This emerges from an overview of the social administration which is available to the German Press Agency. According to this, 145 refugees alone were brought to the capital as part of a federal program for children in need of treatment and their core families. There are also 26 unaccompanied minors and 18 people who were allowed to enter the country as part of a nationwide humanitarian program.

The latter was decided by the federal government in October after a devastating fire in the Greek refugee camp Moria. Of the total of over 1,500 people who will benefit from it, another 108 will come to Berlin in the coming months.

“The situation of the refugees in the Greek refugee camps has worsened, and that is unacceptable,” said Social Senator Elke Breitenbach (left). “We have to save the people there, that’s what a humanitarian refugee policy requires. Berlin is ready for this, as before. “

Berlin had already offered months ago, in addition to other contingents, to bring 300 particularly vulnerable refugees from Greece to Germany as part of its own country program. However, Federal Interior Minister Horst Seehofer (CSU) has so far rejected this and similar initiatives by other federal states and municipalities. He relies on a nationwide approach and European solutions. With a lawsuit before the Federal Administrative Court, Berlin wants to clarify the conditions under which the Federal Ministry of the Interior may refuse its approval for the states’ own admission programs.

Soccer: Poland’s Lewandowski and Piatek with clearance for England trip

Elections – Stuttgart – Kretschmann: Chancellery must be a green goal...

Turkey withdraws from the Istanbul Convention against Violence against Women

Did DaBaby dish out YouTuber JoJo Siwa in a rap?