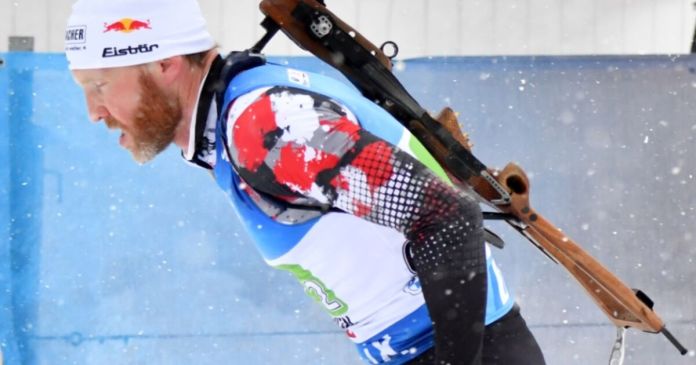 Sprint winner Sturla Holm Laegreid also won the pursuit on Saturday at the Biathlon World Cup in Hochfilzen. The shooting star won with a miss 8.5 seconds ahead of the French Emilien Jacquelin. The Norwegian superstar Johannes Thingnes Bö was 8.9 seconds behind in third and missed the win due to three missed shots. Simon Eder from Salzburg managed to jump from 25th to 9th place with faultless shooting performance and thus into the top ten (+1: 10.0 minutes).

Simon Eder in the Hochfilzen pursuit with a strong performance

Eder managed the perfect shooting performance despite a material defect: “From the third lap I had to tremble because a screw on the carrying frame of my rifle had come loose,” explained the Salzburg native. “That made it a very shaky business.” He is not nervous when shooting and manages to devote the same amount of attention to each shot. “I’m not afraid of the zero and the many ‘psychological games’ that I have gone through many times in my career are just disappearing at the moment.”

With David Komatz and Julian Eberhard in places 30 and 38, two other ÖSV athletes placed in the World Cup points. Harald Lemmerer was 42nd. Eberhard started the competition as sprint tenth, but no less than seven penalty loops threw him far back. For Laegreid it was only in his second World Cup year his third victory overall and this season, in the World Cup he is second behind Bö. Eder is there as the ÖSV best 30.

Accessed on December 19, 2020 at 3:10 am on https://www.sn.at/sport/wintersport/biathlon-hochfilzen-verendung-an-norweger-laegreid-eder-neunter-97226386

That is how hard the monster hurricane will hit Germany

Office 2021 for Mac is slated for release this year

After Hertha moved out: Proposal: Berlin Olympic Stadium as a “German...

FDP leader Christian Lindner: “We are about to re-establish our country”