Almost 200,000 corona deaths in Brazil – but for the president, the vaccination programs against the corona virus seem just a bad joke: He is publicly attacking the companies Pfizer and Biontech – and asserts that vaccination is not an option for him.

Brazilian President Jair Bolsonaro has the Pfizer and Biontech companies criticized and possible collateral damage to theirs Vaccine used. “The contract clearly states that Pfizer is not for Side effects responsible for. If you turn into a caiman, it’s your problem, “said Bolsonaro at an event in the city of Porto Seguro on Thursday evening (local time) and laughed. Even if someone becomes Superman, a woman grows a beard or a man starts to grind talk, they (Pfizer) would have nothing to do with it.

The Pfizer / Biontech vaccine has been tested in the third phase in Brazil. Several countries like the US, UK or Mexico have Impfkampagnen started or announced with the vaccine. At the European Medicines Agency (EMA) the Admission of the corona vaccine applied for in the EU, a decision is to be made next Monday – eight days earlier than planned. He will not be vaccinated, said Bolsonaro, who had already infected himself with the virus. His statement fell in the middle of a Politicization of vaccination, lack of planning when implementing a vaccination campaign and increasing corona numbers in Brazil, which recently passed the seven million infected mark and is heading for 200,000 deaths. (best / dpa)

In Rio, people are going out again and partying. Dealing with the pandemic divides society.

A Ronaldo is not enough for Juventus Turin

Google threatens Australia to shut down its search engine 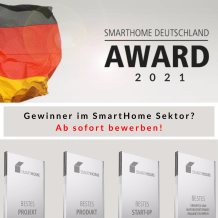