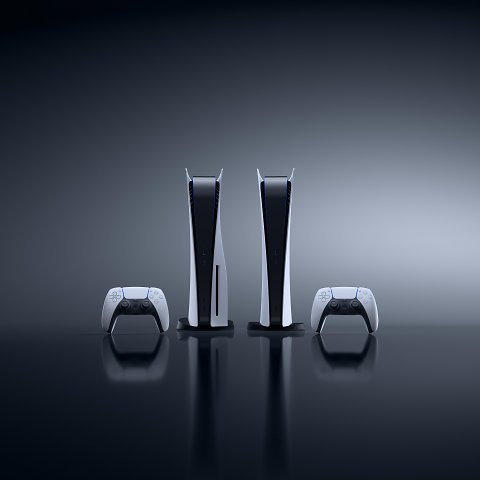 December 6th, 2020 at 11:00 a.m.
from Julius Kahl –
More and more reports are circulating on the Internet from users who state that they did not feel particularly safe buying the Playstation 5. In times when the current next-gen consoles or other hardware encourage fraud or theft, this currently seems to be the norm.

The Playstation 5 from the Japanese video game company Sony got off to a completely successful start. The next-gen console originally appeared in mid-November 2020 and since the demand may still be extremely high due to the current situation around the corona virus, the Playstation 5 is still only barely available or not available at all. In many cases you get a console at horrendous prices on various price exchanges or you have to queue up for weeks.

Because there are more and more reports that employees in electronics shops steal consoles or that there is a lot of fraud in connection with the Playstation 5 on the Internet, strange security conditions now apply. A thread was hotly debated on Reddit in which a user who works at Walmart reports that the new consoles are being stored in the management’s office. When a customer wants to buy a console, they are accompanied by a co-manager, assistant manager and team lead supervisor. The same terms would apply if someone wanted to buy a shotgun or hunting rifle.

In the same thread, another user reports half-jokingly: “I won’t lie: I asked the Target manager if he could accompany me to the car.” Other PS5 buyers probably had a similar uneasy feeling: “When I got mine at Best Buy, I went to my car and there were about four to five people standing outside just staring at me. So I hit the gas and got into mine Car and closed my doors. I turned and saw two guys walking towards my car, which terrified me. I got off this parking lot faster than ever before. Looking back, they could have been innocent and walked to a car next to me or me Want to ask a question, but I didn’t take any chances with the PS5 in my hands. ”

Reportedly more than 250,000 PS5 consoles were sold in the UK in November. There will be more supplies before Christmas.

Playstation 5: Reseller group is said to have bought 2,000 more consoles

Allegedly, a reseller group bought another 2,000 Playstation 5s and another 1,000 Xbox Series Xs within two days.

PS5: Price known since the beginning of 2020 – big game releases next year?

In an interview with the video game magazine EDGE, Sony’s Jim Ryan revealed exclusive information about the Playstation 5.

PCGH Plus: Anti-aliasing in games is old hat. But even if technologies have existed for decades, they are subject to change over time. The article comes from PC Games Hardware 03/2018.
more …

Image gallery for “Buy PS5: security level as when buying a weapon?”

Amira Pocher speaks about childbirth – “I felt: something is wrong...

Immunization against the coronavirus: Why there is so little vaccination in...

Germany: Two years after the hepatitis scandal, charges against anesthetists –...

Miles Morales is said to have sold significantly less well than...

New Corona variant discovered in South Africa – “driver of the...