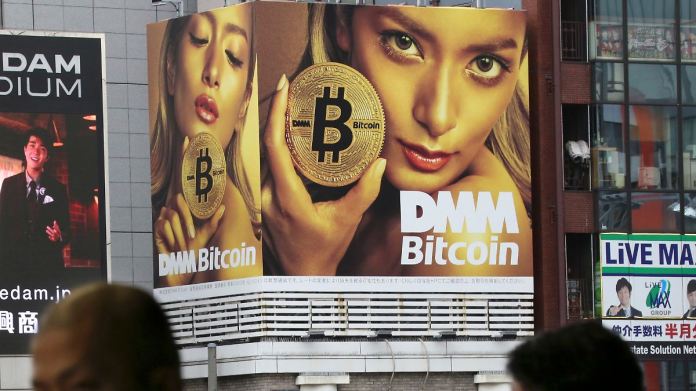 It’s a rocket increase: after Bitcoin has cracked the $ 20,000 mark, the price is rising faster and faster. During the night he takes the 22,000 mark and in the morning the next thousand mark again. Experts are watching the rally with mixed feelings.
Bitcoin knows no stopping. Since yesterday, the oldest and most important cyber currency has jumped one thousand mark after the other at an unbelievable speed. On the Bitstamp trading platform, she already hit the $ 23,000 mark in the morning – that’s $ 5,000 more than it was worth at the beginning of the week. Bitcoin has never been so expensive. He had only passed the psychologically important mark of $ 20,000 the day before, and three years ago he narrowly failed at this hurdle.

In view of the immense price acceleration, observers warn that profit-taking could set in at any time and the price could collapse. Opinions are divided about whether and when that happens. Especially since the acceptance of Bitcoin has increased significantly in recent years. For a long time, investors with smaller cash registers were particularly interested in digital currencies. In the meantime, professional investors have also pricked up their ears.

An important driver of the Bitcoin price is the growing distrust of many investors towards the dollar and the euro. The numerous rescue programs of the global central banks, which are being ramped up even further in the Corona crisis, continue to increase the flood of money. This is fueling inflation concerns and distrust of traditional currencies, while at the same time increasing interest in alternative currencies. Digital currencies such as Bitcoin are therefore also among the beneficiaries of the corona pandemic.

Whether the new digital currencies offer protection against high inflation rates is doubtful due to the high rate fluctuations. But at least Bitcoin has built-in protection against inflation: The amount of Bitcoin that can be “mined” by providing computing power in the blockchain is limited to 21 million units. This is an important difference to euros or dollars, which theoretically can be printed indefinitely.

Many Bitcoin fans are therefore of the opinion that digital currencies could increasingly establish themselves as a serious alternative to conventional currencies. The growing interest is fueled not least by the digital money efforts of major central banks such as the European Central Bank (ECB). In view of the current Bitcoin frenzy, no expert forecast seems absurd: Scott Minerd of Guggenheim Investments believes that a total of 400,000 dollars per Bitcoin is possible. The cap on the coins in combination with the money flood of the central banks make it possible, the US agency Bloomberg quotes the investment boss.

Citigroup analyst Tom Fitzpatrick believes Bitcoin will rise to as much as $ 318,000 in the coming year, on the same grounds. Brian Estes, chief investor at Off the Chain Capital hedge fund, is also bullish. He sees the price at $ 288,000 by the end of 2021. “I’ve seen Bitcoin increase ten, twenty, and thirty-fold within a year.” The fivefold increase in the price compared to the low in March is therefore no big deal.

Naeem Aslam, chief market analyst at the brokerage house AvaTrade, argues that way too. He calls out a comparatively low target price of $ 100,000. “You might want to laugh at the thought of that, but you mustn’t forget where the course was six years ago.” At the end of November 2014, a Bitcoin cost around $ 375. Since then the price has increased more than fifty-fold.

Other experts only shake their heads to such predictions: “None of the Bitcoin predictions made by hedge funds is any good. You can’t pour a mania into a model,” says Kevin Muir, an independent cryptocurrency trader. It is quite conceivable that Bitcoin will rise to $ 200,000 or $ 300,000. “But does anyone really have a clue? Never in your life!”

Forex trader Juan Perez from the financial services provider Tempus is also skeptical. A Bitcoin rate of $ 100,000 would be a bet on the collapse of the world financial system. “The governments of the world will not let that happen.” And Timo Emden from the analysis company of the same name warns: The conquest of the $ 20,000 mark paved the way for the cyber motto into the mainstream, says. The buying mood is obviously difficult to control, which in turn increases volatility. “This also increases the potential for powerful setbacks.”

Samsung: Four years of security updates for smartphones and tablets

Dornbirn Bulldogs want to climb up the table – Dornbirn

Ramos is said to forego money for the contract so Real...

Why the Covid-19 vaccination causes a dispute – Vorarlberger Nachrichten

Intensive care physicians: The peak in the number of corona intensive...