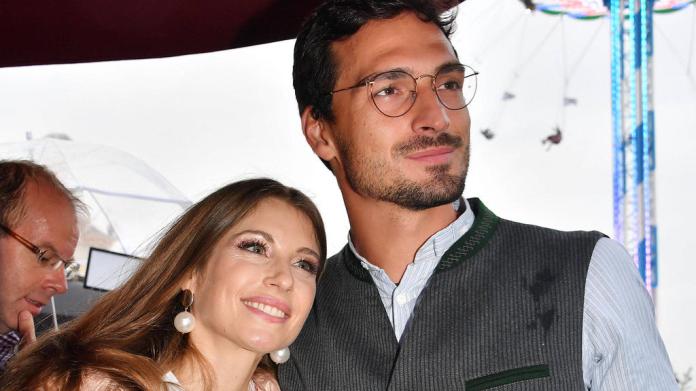 Mats Hummels doesn’t try his hand at being a TV actor in the series “Jerks” and continues to concentrate entirely on his football career at Borussia Dortmund.

The BVB defense chief has canceled “Jerks” makers Christian Ulmen and Fahri Yardim for a guest appearance, as they confirmed in an interview with “Watson”. “Unfortunately that didn’t work out, the scenes that we wrote for him weren’t at all comfortable with him,” said Ulmen.

Yardim added: “He’s a tough defender, but what he does on the pitch doesn’t apply to the screen.”

According to Ulmen, several celebrities have already expressed interest in a guest appearance and ultimately pinched. “This is a phenomenon that we experience very often. That celebrities get in touch and absolutely want to play in ‘Jerks’. Then they read a script and cancel. This is also the case with us sometimes when our stories perform – that we prefer to cancel But you have to face that! It’s good afterwards. ”

Ulmen didn’t want to mention names. “We won’t reveal that, that would be mean. Mats Hummels brought himself into public conversation, so at least that’s what you can tell. But we don’t want to expose all the other cowards.”

BVB: Mats Hummels in “Jerks” a “dream” for Fahri Yardim

At the end of 2019, Yardim described Hummels’ involvement in “Jerks” as a “dream” to “Bild” and said: “I am for sensational casts.”

In the past, the former national player Arne Friedrich and commentator legend Marcel Reif had guest appearances in the series, which is assigned to the genre of cringe comedy.

In Jerks, Ulmen and Yardim play themselves. At the center of the plot are everyday problems and their (usually clumsy) handling.

In the Hummels family, Mats’ wife Cathy remains the only TV face for the time being. Among other things, the 32-year-old hosted the program “Celebrities under palm trees” at the beginning of 2020.

Austria wants to organize and pay for childcare on Lesbos

The number of organ donors in Germany remains stable despite the...

Mayer promises Feuz a fight for the downhill ball

Germany is approaching the “emergency brake” + coronavirus since October 2019?

Even if it costs money: Germans want to work less and...

Markus Lanz bursts the collar: “It makes you sick”