Frankfurt / Main – “Contactless payment is booming”, “Crisis winner Girocard” – measured against some headlines of the Corona year 2020, the importance of cash seems to be shrinking.

But does the crisis really fundamentally change the payment behavior of people in Europe – especially that of cash-loving Germans?

The latest figures from the European Central Bank (ECB) confirm a long-term trend: in the year before the Corona crisis, cash lost even more importance for consumers. It is true that notes and coins are still the most popular means of payment for smaller amounts at the checkout. However, the use of cards is increasing.

“In recent years, the digital revolution (…) has led to a major change in people’s payment habits: more and more often we simply hold a card in front of us to pay, swipe our smartphone or use a smartwatch,” summarizes the EZB -Directorate member Fabio Panetta together.

According to the monetary authorities, consumers in the euro area used plastic cards for almost every fourth payment transaction (24 percent) last year. In the survey three years earlier, it was 19 percent. The share of cash payments fell from 79 to 73 percent over the same period.

According to the ECB evaluation, cash is used particularly frequently in Malta (88 percent of transactions) as well as Cyprus and Spain (83 percent each). With 77 percent, Germany is in the upper half of the 19 euro countries. The Dutch are the least likely to use bills and coins (34 percent). Measured in terms of daily card payments per capita, Germany is below the average for the euro countries.

One thing is certain: the pandemic has given cashless payments a boost in this country too. In times of the rampant virus, for example, contactless payment at the checkout is considered very hygienic. Customers just have to hold their credit card or girocard in front of the reader, as it were, the data is encrypted and transmitted. For small amounts, it is not even necessary to enter the secret number (PIN). Other electronic methods such as Apple Pay or Google Pay are also on the rise.

The retail research institute EHI assumes that around one billion fewer purchases in German retail will be paid in cash this year than in 2019. “In any case, 2020 will be the fastest growing year for cashless payments in Germany since the start of regular surveys by the EHI in 1994 “, stated Horst Rüter, Head of the EHI Research Department Payment Systems, at the beginning of November.

In an ECB survey of the euro area in July 2020, four out of ten respondents said they had used cash less often since the beginning of the pandemic. Advertising for contactless payments in the current crisis is having an impact. Just like the concern of many people about catching the coronavirus about banknotes that go through many hands – even if central banks gave the all-clear early on. Almost 90 percent of those who are more likely to forego cash in the current crisis want to continue doing so after the pandemic (46 percent sure, 41 percent likely).

However, the majority of consumers do not want to forego cash entirely. For example, if you look at the total number of purchases in German retail, cash is still used for two thirds of all payments. And in the ECB payment study presented on Wednesday, 55 percent of those questioned emphasized how important it is to them to be able to use notes and coins in the future as well.

According to the ECB study, a third of consumers in the euro area (34 percent) have a cash reserve at home as a precaution, most of them 100 to 1000 euros. People in Germany have an average of 107 euros in their wallets and hoard 1364 euros in cash at home or in safe deposit boxes. This was the result of a survey published in July by the Deutsche Bundesbank with 2,000 participants from 2018.

Currency guardian Panetta shows understanding for such storage: “Even if digital payments are made as robust as possible, they remain susceptible to disruptions such as power outages, cyber threats or technical disruptions.” Cash then represents “an important safeguard and a reliable store of value”. In addition, there are also people without a bank account or those who prefer to use cash for lack of digital knowledge.

“We are therefore still determined to ensure that cash will continue to be widely available and accepted throughout the euro area,” said Panetta. At the same time, however, the ECB is pressing ahead with its work on a digital version of the euro – as a supplement to the printed and minted common currency. “Digitization has the potential to revolutionize payment transactions”, Panetta summarized. “Still, it is important that European households and businesses continue to have a choice.”

Germany defeated Uruguay at the start of the Handball World Cup with 43:14

FFP2 masks from pharmacies: where are the health insurance vouchers?

Germany beats Uruguay 43:14, but that is only a minor matter because of Corona 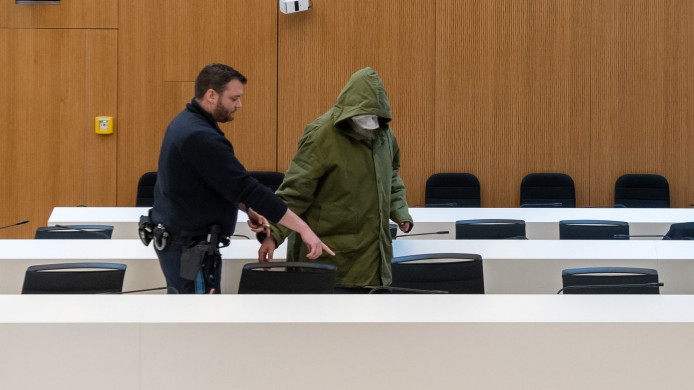 How “Climate Tsar” John Kerry started his career in Switzerland

Corona rapid test – where can you buy it and how...