Salzburg almost got off to a dream start, but Mergim Berisha put his thoughtful conclusion to the bar (2nd). The home side put their stamp on the game, the goals were scored by the more relaxed guests: Mario Hermoso headed in after a precise free-kick from Yannick Carrasco (39th). After the break, Dominik Szoboszlai missed the huge chance to equalize (49th), in the finish Carrasco completed the counterattack to the final score (86th).

This means that Sturm Graz remains the only Austrian team to have survived the (first) group stage in the premier class (2000/01). As third in Group A behind the favorites Bayern (16) and Atletico (9) and in front of the bottom from Moscow (3), Salzburg (4) will switch to the Europa League in February, just like last season. The sixteenth-finals will be drawn on Monday and will be played on February 18 and 25.

FC Salzburg missed out on the last 16 of the UEFA Champions League. Austria’s series champions had to admit defeat to the Spanish leaders Atletico Madrid with 0: 2 (0: 1).

Again, Salzburg had to wait until December to be able to proclaim its “game of the year”. Almost to the day exactly a year ago, the “Bulls” also had a final for promotion to the round of 16, but had to admit defeat to the then CL defending champion Liverpool 2-0. The game took place here, but with spectators.

This time too, Salzburg needed a surprise. “Now is the time to win against a top opponent,” said coach Jesse Marsch before the twelfth CL game in the Red Bull era. The US-American had to pretend midfielder Mohamed Camara because of a suspension, but opted for a full attack and brought a third striker in addition to Salzburg’s CL top scorer Mergim Berisha and Sekou Koita with Patson Daka. The Zambian made his comeback at 3-1 in Moscow after a muscle injury.

Offensive power was not only in demand because of the starting position, but also because a “wall” was erected with Atletico. The two-time CL finalist had only conceded two goals in the league, only Bayern Munich (0: 4) and Salzburg (3: 2) scored more than one goal in one game against the “Colchoneros” (“mattress makers”) this season .

Compared to the 1-1 draw against Bayern a week ago, Atletico coach Diego Simeone was able to rely on Uruguay’s star striker Luis Suarez after surviving the coronavirus infection, Felipe replaced the injured defender Jose Gimenez.

Naturally, it should not fail because of the Salzburg motivation in view of this great goal. “Gemma Jungs”, the always loud defender Maximilian Wöber shouted through the empty stadium, the message reached the front. Koita headed the ball into Berisha’s barrel, the German U21 team striker let Stefan Savic run into space and carefully placed the ball on the far corner. Top goalkeeper Jan Oblak was already beaten, but the ball hit the bar (2nd).

As could be expected, Salzburg took over the command and ran with the midfield diamond with Berisha at the top and the extremely agile duo Koita and Daka against the sometimes too static five-man chain of the guests. The home side were in the game right from the start and presented themselves defensively and compactly. But at least a Salzburg goal was needed, Koitas Roller didn’t help (15th), Szoboszlai checked Oblak with a low shot into the corner (16th).

Atletico take the lead after a free kick

Atletico came forward dangerously for the first time after 20 minutes. In contrast to the first leg, this time Marcos Llorente missed his shot after he had pulled in from the right again (24th). Salzburg recorded more deals in half one (and at the end), but again it wasn’t compelling enough. Daka’s shot after the counterattack ended in a deflected off position (30th), a Szoboszlai corner cross to Junuzovic and his volley did not work (32nd).

The Spaniards hardly had any chances out of the game, unless the hosts invited them with a high-spirited dribble in their own penalty area – but Wöber’s faux pas was corrected by Stankovic, the Salzburg goalkeeper caught Llorente’s Stanglpass (33rd). Six minutes later, the Madrilenians took the lead: After Junuzovic fouled young star Joao Felix, Yannick Carrasco crossed precisely in front of the goal, and Mario Hermoso headed in the crowd (39th).

Because an alleged penalty against Daka was rightly not punished, despite Salzburg being overweight (8-2 shots on goal), the hosts went into the break in the first half with a deficit.

Szoboszlai gives away a huge opportunity

The second half began like the first: with Salzburg attacking. First right-back Rasmus Kristensen failed after a free kick with his twisting shot (47.). Two minutes later, Szoboszlai missed Salzburg’s greatest chance: The Hungarian, courted by the top clubs, had luck with the ball after an irresistible start after a one-two with Berisha, but just before Oblak the 20-year-old failed his nerves, as he did against Bayern’s Manuel Neuer, and Szoboszlai put it down Leder past the gate on the left (49th).

The fact that Salzburg was not yet ready for a CL round of 16 was perhaps also proven by Koita’s second incorrectly thrown ball that evening. Austria’s series champions tried hard, but there was nothing more to be gained against the guests’ defensive bulwark that evening. Daka aimed far past (56th) or over (58th) – too little.

Carrasco puts an end to it

Otherwise Atletico had everything under control as time went on with the hosts dwindling. Savic underpinned his ambitions to move into the CL round of 16 with a tough tackle against Daka, but the defender saw the yellow card to his complete lack of understanding (61.). Mwepu once again approached the equalizer with a long shot, which went to the outside pole (77th).

Marsch brought Noah Okafor and Karim Adeyemi for the final offensive, but Atletico didn’t let anything go and set the end on the counterattack. Portugal’s young star Felix first tested Stankovic from a distance (81st), on the counterattack Carrasco then took over a cross from “Joker” Angel Correa worth seeing volley to the final score (86th). Atletico made it into the round of 16 for the seventh time in the past eight years, Salzburg failed as in 2019 despite a good performance.

Voices for the game

Jesse March (Salzburg coach): “We represented our football and our mentality really well. We were always there in every game, played well in this tournament, but unfortunately it wasn’t enough against the best opponents. We saw that Atletico defended deeply and didn’t need that many chances. You have the necessary quality and experience. ”

“But I am very satisfied and proud of my boys. What more can I expect from our team? They did well in terms of running and tactics, we had many advantages, we were in many good situations with and against the ball, unfortunately in the end it wasn’t good enough in this tournament again. “

Rasmus Kristensen (Salzburg defender): “We had four or five great chances in the first half and they only had one standard and scored the goal. Then it gets difficult because they are so good at defending. We continued to give everything, had a good chance for ‘Szobo’ to make it 1-1, then maybe it would have been a different game. ”

“We weren’t good enough in front of the goal, on both sides. We fought so well in the six games but only got four points. We earned a lot more, we played so well today, we created so many chances and they had almost none. It’s such a shame that we’re without points and that we didn’t get the result we wanted in this final. “

Zlatko Junuzovic (Salzburg midfielder): “We controlled the whole game, controlled the opponent for more than half an hour. We just have to make our scoring chances and then get a standard goal. You have already seen that they had respect. They played their game, stood in the back. ”

“My conclusion is that we missed too many scoring opportunities. Atletico’s greater experience has already prevailed, of course they also had a little bit of luck with us when we shot from the pole or 50:50 situations in the penalty area, which we sometimes did not play out cleverly enough, like Atletico at 2-0 has made. That is a trace of cleverness that we still lack. “

Diego Simeone (Atletico coach): “The opening goal was definitely decisive. The first half was very intense, they were clearly better, from the 30th minute on it was more or less even. They fouled to stop our counterattack. The second half was more even, they had chances, so did we. ”

“It wasn’t our worst game, we had difficulties, but it was also a tough opponent. You can perhaps compare the game with our last 16 against Liverpool last season. We’re enjoying the moment of making it to the round of 16. “

17th round of the Bundesliga – Bayern tremble to victory –...

FC Schalke 04 desperate and paralyzed after the Freiburg game 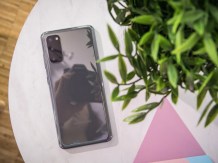 Gisin: “It’s probably my most emotional podium because that’s what I...