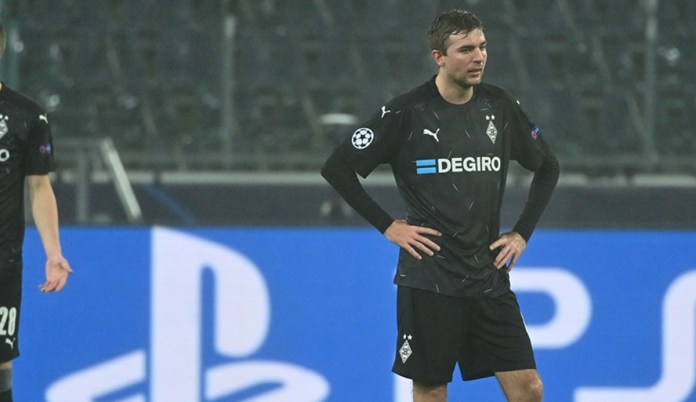 The most important voices on the German Wednesday games in the Champions League at a glance (sources: DAZN and Sky).

… the game: “We had very few good ball possession phases, at some point you get into a vicious circle. They have a world-class positional game, that’s Real Madrid if they have to. They are an average age of 30, they don’t feel any pressure on an evening like this, they do It’s awesome when they have a final like that. We weren’t there in the first half, you always feel a step too late and they play you well. Every little thing is punished, we felt it ourselves today. ”

… the emotions: “Incredibly happy. Those are insane emotions that arise when you don’t have much left except the hope that the game will stay 0-0. Then there was also an incredibly long stoppage time. We prayed for help and then it breaks just out of you. ”

… getting ahead: “The bottom line was that we didn’t have a chance today, but the bottom line is that we deserved it. We scored eight points in an incredibly difficult group and sold the Borussia Mönchengladbach name very dearly with services and results. We can be proud. Moments like that stick. ”

… the game: “We paid a lot of money. We didn’t get much on the pitch against a strong Real Madrid. We had no access. We deservedly reached the round of 16. We got eight points in a strong group. I’m proud of the team. ”

… the Inter game: “Personally, I didn’t even think about the other result, so the joy afterwards was all the greater. We deserve to be in the round of 16, scored against every team, I’m very proud of the team and I’m incredibly happy for the fans and the club. Now we get another chance to prove ourselves at this level and we want to be well prepared. ”

… Real: “If you don’t work with and against the ball with the conviction that it takes to keep them busy, it will be difficult. We had too big gaps, we constantly let ourselves be shifted, we were constantly outnumbered and we have two easy ones in the box Goals conceded. We can classify the performance very well and know who we played against. We are not satisfied with the performance. ”

… getting ahead: “Crazy! We’re playing our worst game in the preliminary round and we still get through, we deserved it with our appearances. We shivered on the iPad in Milan and were really happy at the final whistle. That we qualified for the second round in such a top group , is outstanding. We didn’t show the performance we wanted, but we played against a tough opponent. ”

… the game: “We didn’t get access, our pressing wasn’t good, neither was our defense and the balls in front. We were lucky one or two times at the back. We have to analyze that, but it doesn’t matter at the moment. We’re glad we did managed this little miracle. ”

… the victory: “It was important. We didn’t want it to be as exciting as it was. Today we managed to show a very good performance. You can imagine what it would mean if we hadn’t progressed.”

… about a possible turnaround: “After his game like that, it’s too early for me. We have to get more consistency. We have already shown several times that we can play good games. We need consistency. Today’s game shows that we can do it. The win gives us confidence . We don’t have long time, Atletico is coming at the weekend. You don’t have to think long and then the next game will come. ”

… the game: “You just have to praise the team. It wasn’t an easy game. We didn’t have enough speed. That got better in the second half. After the 1-0 win, I knew we’d win the game because we were on the defensive We did well. This year was an outstanding Champions League year for us. We wanted to end it with a win, and we did it. ”

… the gate of Süle: “We are all happy that Niki put us on the winning road.”

… Returnees Davies: “I think he could have played 90 minutes. He can be really happy with his comeback.”

… the racism scandal in Paris: “We are role models. You have to show the players respect.”

… the victory: “I am very happy that we finished the group with a win today because we were just incredibly strong in this competition in 2020. We made the best of it with this qualification. That is the only thing that matters.”

… the game: “Everyone loves to play in the Champion League. This is the biggest stage. First and foremost, the most important thing is that we succeed and win. And when you can add a goal yourself, you are all the more happy.”

… the racism scandal in Paris: “Of course I followed everything yesterday. It’s sad. It was a very good reaction, you have to set an example. We can’t tolerate that. Everyone in the world has seen it. You have to take a stand.”

Marko Nikolic (Trainer Lokomotiva Moscow): “The group stage is over, unfortunately we were eliminated from the competition. We had very few players today, we were very weak. But we created chances, but we were tired in the second half. We gave everything and they Team showed morale. ”

Scientists call for “No Covid” strategy: “We have no other choice”...

COVID-19: is it all difficult or not?