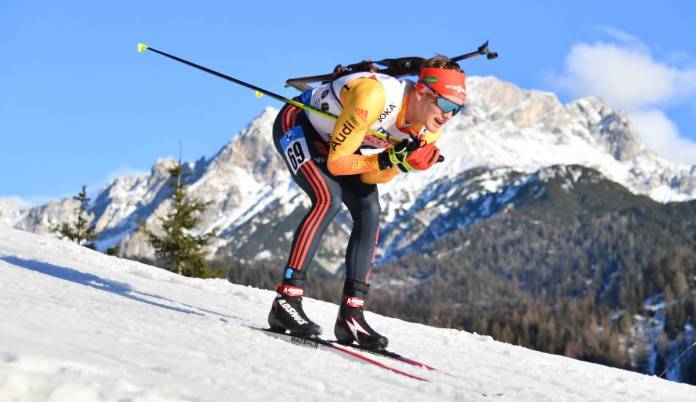 The German biathletes made amends for the sprint debacle on Friday at the last World Cup of the year in Hochfilzen in pursuit. Benedikt Doll improved to 13th place in the victory of Norwegian Sturla Holm Laegreid, after no DSV athlete had made it into the top 20 in the sprint.

Laegreid, who had already won the sprint, celebrated his third win of the season with a shooting error after 12.5 km in 31: 14.9 minutes ahead of the French World Pursuit Champion Emilien Jacquelin (0 / + 8.5 seconds) and Dominator Johannes Thingnes gust (3 / 8.9). Doll, still in 23rd place in the sprint, crossed the finish line with two shooting errors, 1: 34.7 minutes behind.

“I’m very happy that it was 13th place,” said Doll on ARD. Lesser was “quite satisfied”, although he crashed on the first lap and felt “a bit tired”.

Roman Rees and Philipp Horn did not qualify for the pursuit after finishing above the top 60 in the sprint. At the end of the year on Sunday, the first mass start races of the winter for men (12 p.m.) and women (2:25 p.m. / both ARD and Eurosport) are on the program.

Liendl on Feldhofer-Aus: “For me it was never a power struggle”

Salzburg also victorious again in the league with 4: 1 against SKN

Sixth home bankruptcy in a row: Klopp is embarrassed against the table-18.

For Dominic Thiem it goes on in the “desert”

China and Russia attack Germany in the UN Security Council

This is how the Berlin hotel room becomes an apartment for...

After fire: traffic on the U9 line continued to be interrupted

Schalke: does Richter come on loan?

Boris Johnson: The corona loser is suddenly successful – and promises...

81-year-old falls between the train and the railroad track

Corona outbreak in nursing home: vaccination teams are said to have...