Fresh eggs from their own chickens every day – a dream that Berliners like to fulfill. But the task is overwhelming for some.

For many city dwellers, chickens are the new urban gardening. In the Corona period, even more people discovered self-sufficiency in themselves. But many a keeper is overwhelmed with the poultry – and it ends up in the animal shelter. Annette Rost, director of the Berlin animal shelter, has already sounded the alarm: “This year we have significantly more chickens than usual, unfortunately they are often brought by the veterinary office,” said Rost. The development looks more positive for other animal species. “In view of the critical situation that many people find themselves in, it is great that many still choose an animal from a home,” she said.

When it comes to chickens, it happens again and again that the experts from the veterinary office have to confiscate animals due to improper keeping. “We recently received chickens that were kept in a box on the balcony in Prenzlauer Berg. Fortunately, attentive neighbors informed the veterinary office,” says Rost. In the summer, the shelter had to take in five chickens that were kept in cardboard boxes on a high-rise balcony and injured each other from stress.

“We have an accommodation problem”

The shelter normally houses around ten chickens and roosters, this year around 30 at a time. “Since we have to form groups and set up enclosures, we have an accommodation problem,” says Rost. Two roosters were currently living in the exotic house due to the lack of space. “Roosters are very difficult to find. They don’t lay eggs and make noise,” says Rost.

Chickens stand in an enclosure at the Berlin animal shelter and eat from the hand of a keeper: In the Corona year, the number of chickens housed in Berlin tripled. (Source: Christophe Gateau / dpa)

However, experts advise keeping chickens together with roosters. “Roosters provide a herd structure and also warn the hens of dangers, for example from birds of prey from the air,” says Antje Feldmann, managing director of the Society for the Preservation of Old and Endangered Domestic Breeds (GEH).

In Berlin, however, according to Rost, some animal species are among the winners of the Corona period. Rabbits, for example: “From mid-March to the end of November, 53 percent fewer rabbits were given to the animal shelter than in the same period last year,” said Rost.

There were also significantly fewer taxes for cats (37 percent). In the case of small animals, the decline was twelve percent. However, fewer animals were placed than in the same period last year. “Nevertheless, we have so far taken a positive balance overall,” said Rost.

The animal shelter boss sees the end of the pandemic with mixed feelings. On the one hand, many offers for visitors could then be started again. On the other hand, she also reckons that a significant number of the animals purchased during the Corona period will be given back. “For many people, animals are a substitute for social contact.” If these are allowed again on a larger scale and many people do not always have to work so much in the home office, it is possible that there will be less time for the animals.

Rescue workers give up hope after six days

TV review of the Cologne Rosenmontagszuges 2021 with the hand

We are most looking forward to these Nintendo innovations 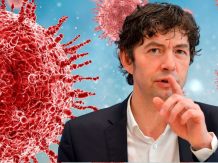 What face will Draghi show?