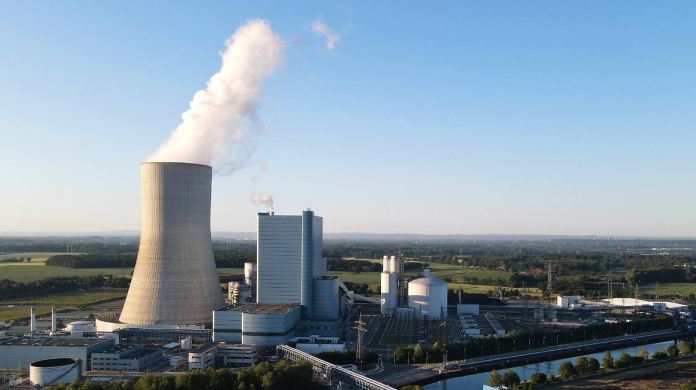 By 2038 at the latest, Germany should be able to manage without energy from coal. By that year, the energy company Uniper also wants to keep its Datteln 4 power plant on the grid. CEO Schierenbeck defends the decision against criticism.
The energy company Uniper wants to hold on to the controversial hard coal-fired power plant in Datteln until 2038. “ Datteln will be the last coal-fired power plant in Germany to go offline. We want to let Datteln run until 2038,” Uniper boss Andreas Schierenbeck told the Rheinische Post. “ That makes sense in every respect because Datteln 4 saves a lot of CO2 and older dirty power plants can be shut down early in its place.”

Datteln 4 has been commercially available since May. “The availability of the power plant has been very satisfactory since then, and customers have regularly used the service,” Schierenbeck continues. The main customer is Deutsche Bahn. Financially, the auctions that have now started to phase out hard coal are “not very attractive,” said Schierenbeck. “ But we’re sticking to our course: by 2025, all German Uniper coal-fired power plants except for Datteln 4 will go offline.”

The free power plant site could be used to generate green electricity, Uniper said at the beginning of December. The group wants to produce electricity in Europe in a climate-neutral way by 2035. A solar and wind energy capacity of one gigawatt is to be built up by 2025. A further three gigawatts are to be added in the following years.

Environmental protection organizations such as Greenpeace and the BUND had sharply criticized the construction of the 1.1 megawatt power plant Datteln 4 and tried to prevent it from going into operation with lawsuits. You admit that this actually runs more efficiently than old systems. But that is exactly what leads to the fact that the power plant is operated under full load more often. The bottom line is that even more CO2 is emitted. It is also criticized that this means that existing, cleaner gas-fired power plants are not used. The Federal Environment Ministry also admitted that more CO2 emissions are expected by 2038.

Uniper boss Schierenbeck also expects the construction of the Baltic Sea pipeline to be completed quickly after the latest progress. “There are only around 150 kilometers left. I assume that Nord Stream will now complete the pipeline,” said the manager. He emphasized: “ You don’t have to like the pipeline, but Europe needs it. We are getting out of nuclear power and coal, which is why Germany will need gas more than ever in the future.”

The chat app will no longer work on these phones from...