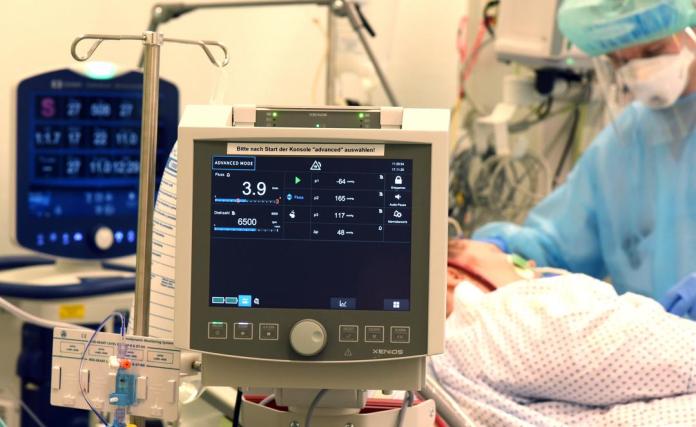 The districts that no longer have free beds are predominantly rural; there are fewer intensive care beds there than in the big cities. But the situation is also coming to a head in Munich and Nuremberg. The state capital’s hospitals reported only 37 vacant intensive care beds out of 517, which corresponds to a vacancy rate of seven percent, far less than usual. In Nuremberg, out of a total of 147 intensive care beds, only 18 were unoccupied.

Lack of staff as a problem

The Bavarian hospitals have reported an emergency reserve of 1,159 additional intensive care beds that could be set up if necessary. “This means, among other things, that postponable treatments must be postponed and personnel emergency plans must come into effect,” says Huml. This would mean that employees would be brought back from parental leave or retirement.

Huml called on the federal government to temporarily suspend the prescribed minimum staff for care. A second possibility would be that the hospitals could postpone non-urgent operations. But finances also play a role: “The decisive factor for the willingness of hospitals to postpone planned interventions, however, is the question of the extent to which they receive compensation payments for this,” said Huml.

Experts do not expect relaxation until spring

Janssens referred to the planned course of the immunization campaign. “The first group of people vaccinated are almost nine million people, but we have between 15 and 21 million vulnerable people in Germany, that is, people who are older or have a previous illness.” These are considered to be particularly at risk for severe disease courses with a corona infection.

Volleyball Bundesliga: UVC Ried celebrates their next win 3-0 against Klagenfurt

“Wedding at first sight” – love scandal at the “match of...

He revealed that about his future!