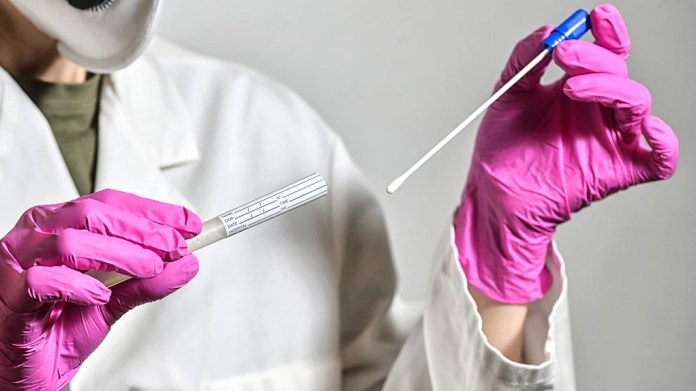 According to statistics from the state government, a total of 15,065 people have been proven to have been infected with the new Sars-Cov2 coronavirus since the beginning of the pandemic. According to an estimate by the Robert Koch Institute, 11,900 are considered recovered. 263 deaths are according to this Statistics from the state registration office in connection with the viral disease Covid-19, four cases more than the previous day.

The following table shows how many corona cases from the districts and urban districts have been reported to the state registration office in total – since the beginning of the pandemic (“Cases” column). These values ​​are published once a day. The “+/-” column shows the change in this value compared to the previous day. The incidence indicates how many cases per 100,000 population have been reported in total according to this statistic. Due to late registrations and delays in the reporting channel, the information provided by the districts or the RKI may differ.

109 sick people are currently in the hospital

109 people are currently in hospital because of Covid-19 – one less than the day before. 24 Covid-19 patients are in intensive therapy (-3), 12 patients need ventilation (-0). The previous high was in Schleswig-Holstein on April 5th. At that time, a total of 162 patients were treated in clinics.

The following map shows the utilization of the intensive care units in Schleswig-Holstein – summarized at the level of the districts and urban districts. If you select a region (touch or click), you will find out exactly how high the load is there and you will receive information on how many corona patients are being treated in the intensive care unit and how many are being ventilated. The status of the date in the table must be observed. Due to delays in the reporting process, the information provided by the clinics or the DIVI intensive care register may differ.

The infection rate is very different in the counties and urban districts in Schleswig-Holstein. According to calculations by the state, there are significantly more cases in Kiel, Lübeck and the four districts that border Hamburg than in the rest of the country. A district or an independent city is considered a risk area if the threshold of 50 newly reported infections per 100,000 inhabitants is exceeded within seven days. This value is very dynamic and changes every day with the new information about reported infections. Some districts and urban districts in Schleswig-Holstein have reached this critical threshold or are close to it – that is why the state government reacted by adapting the measures after consultation with Chancellor Angela Merkel and the state premiers.

On the following map you can see the infection rate in the counties in the five northern German states. The figures are based on data from the Robert Koch Institute (RKI). They were sent to the RKI the day before the specified date. This makes them the most recent comparable values ​​that we can access automatically. They are not as up-to-date as the numbers that the circles publish on their pages. The information can therefore vary slightly from one another. To see the values ​​in the circles, move the mouse over the districts (desktop) or tap on the corresponding circle (smartphone and tablet):

The state government’s statistics show how many confirmed corona infections are known to the authorities in the country and have been reported via the intended route. What the statistics cannot show clearly, and certainly not to the current day, is the speed at which the virus is spreading. Because the number of people who have newly tested positive usually also includes post-reported cases from several days. There are delays in the reporting chain, especially around weekends and public holidays.

All signs point to confrontation

Mass start success in Hochfilzen: Peiffer did not expect this victory

Alpine skiing – Further measures at Semmering due to the women’s... 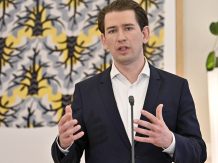 AstraZeneca: According to Kurz, older people have “absolute priority” – Coronavirus...