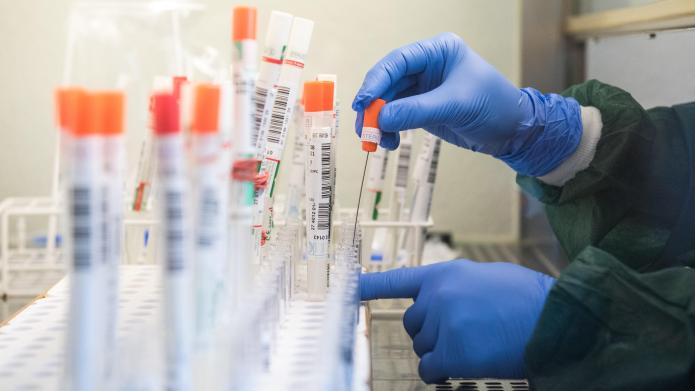 Case of infection with Corona variant B1.1.7 in November in Lower Saxony

University proves variant in case of infection from November

Now the shock: The Hannover Medical School (MHH) was able to determine the British virus variant in retrospect in two cases of infection from November. The Lower Saxony Ministry of Health announced this in Hanover on Monday. These are the samples of a very old Covid patient who has since died with previous illnesses and his wife from November 27th and 30th. The reference laboratory of the Berlin Charité with Professor Dr. Christian Drosten confirmed the result. This is proof that the mutation has been in Germany for much longer than previously known.

The man’s daughter was infected in Great Britain

According to the ministry, the patient’s daughter was in England in mid-November and probably infected there. The daughter and wife of the deceased have now recovered. The good news: According to the findings of the Hanover Region Health Office, there were no further infections in connection with these cases.

“Reason to especially adhere to restrictions

The head of the crisis team of the Lower Saxony state government, Heiger Scholz, expressed his condolences to the relatives. “The appearance of the virus variant is another reason for all of us to adhere particularly strictly to the applicable contact restrictions and hygiene measures,” said the State Secretary for Health. “As long as we do this, we are depriving any variant of the virus the chance of spreading.” Scholz had previously reported in an interview with radio ffn about the appearance of the new variant in Lower Saxony.

How dangerous is the new virus variant?

The new virus variant is now responsible for a large part of the infections in the south of England and, according to initial findings, may be particularly contagious. According to the RKI, it is not surprising that this virus variant has also been detected in Germany. So far, there is no evidence of more severe disease courses in infections with this new variant or a reduced effectiveness of the vaccines, with limited data. The first preliminary results from Great Britain indicate a higher transferability than with the previous virus variants.

The corona virus has kept the world in suspense for months. On TVNOW you will now find exciting documentation on the development, spread and consequences of the pandemic.

With a focus on Africa and India: Jay-Z and Dorsey start...

50Hertz: Have to almost double the expansion of wind energy |... 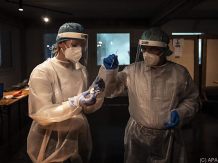