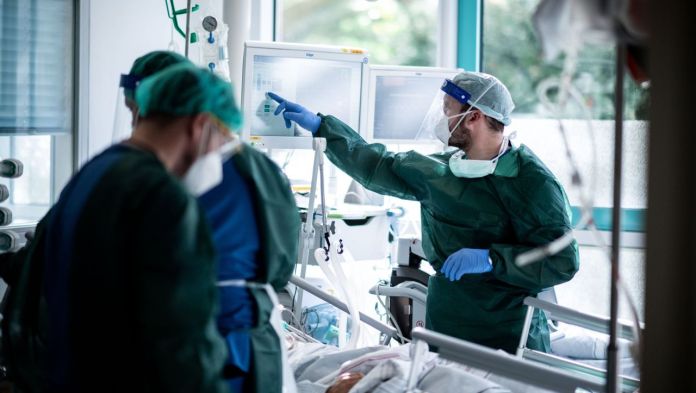 Economic forecast: no recession due to tougher Corona measures

9.30 a.m .: According to the Düsseldorf Institute for Macroeconomics and Business Cycle Research (IMK), the recently decided shutdown will not trigger a deep recession in Germany. This is mainly due to the stable development of the industry, emphasized the economic researchers of the union-related Hans Böckler Foundation in their forecast published on Wednesday. “The basic economic dynamic is strong enough and the support policy of the government and the European Central Bank is working,” said IMK director Sebastian Dullien, according to the announcement.

After stagnating at the end of the year and in the first quarter of 2021, the German economy will return to growth from spring 2021, according to the economic forecast. The prerequisite, however, is that the vaccines against Covid-19 are actually as effective and available as quickly as currently expected. On an annual average in 2021, German gross domestic product will increase by 4.9 percent, after a decline of 5.0 percent this year. This prognosis also assumes that an agreement will be found in the Brexit negotiations that will prevent any overly drastic effects.

8:08 a.m.: The number of new infections with the coronavirus in Israel has exceeded a limit set by the government. This threatens new restrictions in the Mediterranean country.

As the Ministry of Health announced, 2862 new cases were reported within 24 hours. A week ago, 1,863 new infections were registered.

In the nine-million-inhabitant country, the number of infections had increased massively after a comparatively mild start of the pandemic in the summer. The government plans to start a vaccination campaign on December 27th.

6:05 a.m.: The number of deaths related to the coronavirus has hit a new high. Within a day, the German health authorities sent the Robert Koch Institute (RKI) 952 new deaths, according to the RKI figures from Wednesday morning.

27,728 new infections were recorded. However, the data from Tuesday did not contain any numbers from Saxony, which is why the new numbers could also contain late registrations, it said.

The previous highs of 29,875 reported cases and 598 deaths were reached on Friday. The number of daily deaths had risen recently, this was expected after the steep increase in new infections.

The total number of people who died with or with a proven infection with Sars-CoV-2 rose to 23,427 as of Wednesday.

Up to 440 corona vaccination centers nationwide

6.00 a.m.: Regional centers have been set up throughout Germany for the early start of corona vaccinations, through which vaccinations should initially be bundled. Up to 440 locations should be able to be used for this. Tens of thousands of doctors and other helpers have registered for missions, and more staff are still being recruited.

Bayer turns the game around and moves into the last 16...

Emergency numbers for Christmas Eve and Christmas in Frankfurt and Hesse